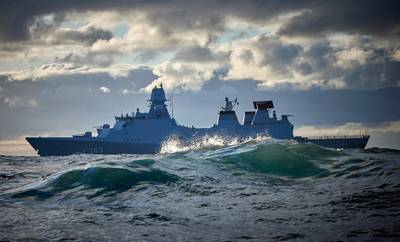 Denmark expects to invest 40 billion Danish crowns ($5.47 billion) in new warships as the NATO member seeks to bolster its maritime security in the wake of Russia's invasion of Ukraine, the defense ministry said on Thursday.

As part of the investments due over the next 20 to 25 years, a partnership with the country's maritime industry was launched, aiming to develop and build the new warships in Denmark, Defense Minister Morten Bodskov said in a statement.

"With Russia's attack on Ukraine and the new security situation in Europe, it is more important than ever that Denmark is able to defend itself. Security of supply plays a decisive role here," Bodskov said.

The NATO country has pledged to gradually increase defense spending to 2% of GDP by 2033.