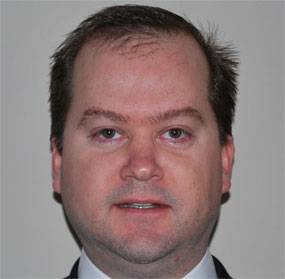 CMA CGM (America) LLC has named Timothy Ring Director, Inbound Trade and Government Cargo. In his new role, Tim will be responsible for the growth and development of inbound cargo volumes for the company’s transatlantic, Oceania, and Indian Subcontinent services.  He will also continue to oversee all U.S. government shipments.

Tim joined the Washington, D.C. office of CMA CGM in November 2005.  Since then, he has developed and managed the company’s PL-480 / Title II program for the carriage of food aid worldwide. Tim serves as the liaison between the company and numerous governmental agencies, such as the United States Department of Agriculture, Foreign Agriculture Service, United States Agency for International Development and various other non-governmental organizations and private voluntary organizations.  Tim has worked with CMA CGM offices worldwide to expand the company’s involvement with the U.S. government’s Food Aid program.

Tim received his Bachelor’s degree in political science and American government from The Catholic University of America.  His new role will be based in the company’s Norfolk, Virginia office, and he will report to Todd Rives, Vice President, Export Trade and Line Management.