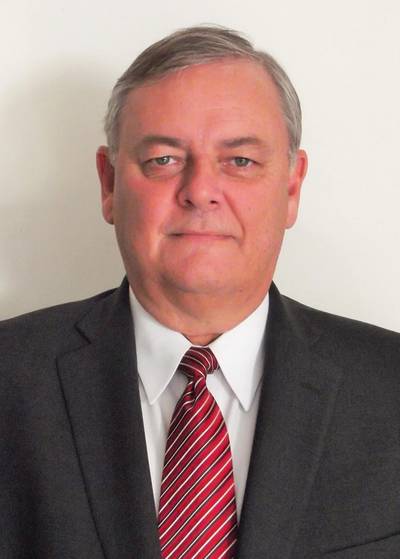 Vice Admiral Landay retired in 2013 after more than 35 years of naval service. His final assignment was as Director of the Defense Security Cooperation Agency (DSCA) from August 2010 until September 2013. DSCA oversees the U.S. Government's Foreign Military Sales (FMS) program and is responsible for the sale of arms, defense technologies, training and other services to foreign governments.
His sea tours included commanding officer of the USS Aquila (PHM 4) and commanding officer of the USS Paul Hamilton (DDG 60). Ashore, he has served as a program manager in the Aegis Program Office; major program manager for fleet and lifetime support in the Program Executive Office for Theater Surface Combatants; and Executive Assistant to the Assistant Secretary of the Navy for Research, Development and Acquisition (RDA).
His first assignment as a flag officer, was as the Program Executive Officer for the Navy's littoral and mine warfare programs. In January 2006, he became the 21st Chief of Naval Research where he was responsible for the Science and Technology (S&T) programs for both the U. S. Navy and the U. S. Marine Corps. Additional duties included Director of Test and Evaluation (T&E) and technology requirements.
In August 2008 until taking over the leadership of DSCA, he was the Program Executive Officer for Ships, responsible for all the Navy's non-nuclear shipbuilding programs.
Vice Admiral Landay holds a Bachelor of Science degree in Systems Engineering from the U.S. Naval Academy. He also has a Master of Science degree in Systems Technology (C4I) from the Naval Postgraduate School, and is a graduate of the Program for Management Development at the Harvard Business School. He was the 1998-1999 Navy Fellow in the Defense Systems Management College, Military Research Fellowship Program. He is a DoD level three certified acquisition professional and a proven subspecialist in C4I Systems.
“We are honored to have an Executive of VADM Landay’s caliber join SAFE Boats International as we continue to embrace growth in global markets”, states CEO Dennis Morris. “His keen understanding of the drivers of value to our U.S. and Foreign Military clients and extensive knowledge of global operations represents a uniquely experienced addition to the SAFE Boats International Executive Team.”