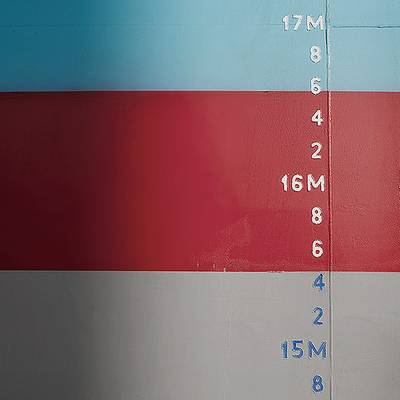 Maersk Line said on Friday it had chosen four shipbreaking yards along India's Alang beaches to handle an increase in vessels that need to be scrapped, to the dismay of some organisations that say the operations there are polluting and unsafe.

The world's largest container shipper says the four yards in the Alang coast of western India have been certified according to the Hong Kong Convention -- health, safety and environmental standards developed by the International Maritime Organisation.
It said it will see a spike in the number of vessels it will need to scrap in the coming five years and that using other facilities in Turkey and China will cost it $150 million more.
Maersk argues that as over 70 percent of all global vessels are scrapped at yards along the coasts of India, Pakistan and Bangladesh, "where serious challenges exist to improve current negative environmental and social conditions", it is better to work with those few that meet international standards.
"These yards have chosen to invest so it's really important that we and other shipowners support them. If we don't, I'm pretty sure these yards would lose motivation to go for these standards," said Maersk's head of sustainability Annette Stube.
She said the first vessel should arrive within months and Maersk would work with the yards to improve their standards.
Critics however say it would be difficult to make these beach-based places, where huge vessels are taken apart by often poor migrant workers without the help of proper equipment, safe and environmentally clean.
NGO Shipbreaking Platform says their beach location can cause toxic paint from vessels to flow into the sea and a lack of cranes means that when ships are spliced, large parts can crash to the ground, potentially hurting workers or sending more debris into the waters.
"For the last eight years they (Maersk) have been working with some of the most advanced ship recycling facilities in the world in China but now they're completely turning their backs on them," said Patrizia Heidegger, Executive Director of NGO Shipbreaking Platform.
"They don't even hide it - it's purely for financial reasons. They're scrapping their company values for more profit."
Maersk said the certified yards have concrete floors and drainage systems that allow waste liquids to be disposed of away from the sea and that ship parts will be cleaned, with paint scraped off, before they are cut off and fall into the water.
(By Sabina Zawadzki and Robert-Jan Bartunek; Editing by David Evans)