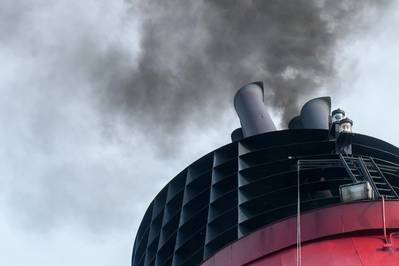 The shipping industry and oil refineries are not doing enough to prepare for new rules cutting the amount of sulfur that vessels can emit from 2020, according to the head of the International Energy Agency's (IEA) oil industry and market division.

The new rules drastically cut the amount of sulfur that the world's ships can emit, from 3.5 percent currently to just 0.5 percent. Ships that install "scrubbers" that remove sulfur as the fuel is burned can continue to use higher sulfur fuels, but the rest of the world's fleet will need to purchase lower sulfur fuel in order to comply.

"The reality is that the industry has already passed the date beyond the smooth transition," the IEA's Neil Atkinson, told an energy seminar in Oslo. "We don't think it's going to be a smooth transition."

The change is the most significant for the global shipping and refining sectors in decades, and experts and analysts expect it to reduce fuel oil demand by 2-3.5 million barrels per day (bpd) as a result.

Atkinson said that there has not been enough investment in scrubbers, and that the IEA is worried about the market's ability to meet demand for the low sulfur marine fuel that ships without scrubbers will need.

"There will be a scramble for new compliant fuel... it could be a huge issue in terms of a spike in prices for marine fuel and a very, very disruptive market, and that's only 18 months away,” he said.

While some refineries have announced investments in new pieces of equipments to strip sulfur from the fuel they produce, enabling them to supply more compliant fuels, analysts at KBC said that some 40 percent of Middle Eastern and European oil refineries are not ready for the new rules.

Experts have said the deadline is now too close for new upgrades to be ready in time.

"There is going to be a huge disruption in the shipping markets, particularly in those markets where (there) is rigorous enforcement," Atkinson said.

Inmarsat, a mobile satellite communications services provider, will roll out an Internet-of-Things (IoT) solution to more…