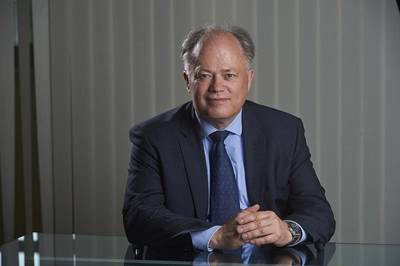 Kjeld Dittmann, the Managing Director of Lyngsø Marine A/S, is the new Chairman of the European Ships and Maritime Equipment Association (SEA Europe).
He succeeds Govert Hamers, CEO of Vanderlande Industries in the Netherlands, who has completed his term as Chairman.
The announcement was made at the SEA Europe Annual General Meeting in Istanbul on June 26 hosted by the Turkish Association of Ship Industrialists (full member of SEA Europe).
“SEA Europe has established a strong voice in Brussels for both Europe’s shipyards and equipment suppliers, who together generate more than €91 billion turnover annually and employ more than 500,000 Europeans,” Dittmann stated. “We are a growth industry with a major role to play in Europe’s future and it is my responsibility to work for fair market conditions and create R&D opportunities enabling the European Maritime industry to continue the development of innovative and sustainable solutions as a response to the traditional market and ‘blue growth’ demand.”
Dittmann brings to the role a background in maritime technology leadership and experience in Brussels. He began his career in engineering after graduating from the Technical University of Denmark. He has almost 30 years of experience in maritime equipment manufacturing, including advanced automation, electrical systems, navigation and communication. He has been Managing Director of Lyngsø Marine A/S since 2000.
Dittmann was a Board Member of the European Marine Equipment Council (EMEC) before its merger with Community of European Shipyards Associations (CESA), which saw the creation of SEA Europe in 2012. Since then he has served as a Vice-Chairman at SEA Europe alongside outgoing Chairman Govert Hamers.
SEA Europe represents National Associations in 16 EU Member States plus Norway and Turkey, with a membership base including close to 100 percent of the European maritime technology sector.
Full list of appointments
In Istanbul SEA Europe’s Annual General Meeting also appointed seven Vice-Chairpersons to two-year terms on the Board.
Peter French, Vice-Chairman – Chief Executive, BMT (UK)
Hervé Guillou, Vice-Chairman – Chairman and CEO, DCNS (FR)
Kjersti Kleven, Vice-Chairwoman – CEO, Kleven (NO)
Dirk Lehmann, Vice-Chairman – Managing Director, Becker Marine Systems (DE)
Bernard Meyer, Vice-Chairman – Managing Partner, Meyer Werft (DE)
Jan Kees Pilaar, Vice-Chairman – Managing Director, Blohm+Voss Repair (DE)
Hans Voorneveld, Vice-Chairman – Executive Director, Damen Shipyards Group (NL)

SCHOTTEL to Equip New Tug for Port of Aarhus