Divers Lost in Fog as Dive Boat Breaks Down 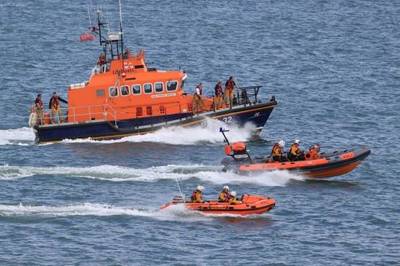 A UK dive boat’s malfunctioning GPS & engine breakdown were the cause of two divers being lost in fog near the wreck of the ship ‘Alster’.

Humber Maritime Rescue Coordination Centre was called by a dive vessel at just after 1530 on a recent summer afternoon. They were told that the vessel’s engine and GPS had broken and it couldn’t find the two divers who were believed to be on the surface in black wets suits and marker buoys. The situation was not helped by thick fog that reduced visibility to 50 metres.

Humber coastguard broadcast a message to all vessels in the area asking them if they could help by heading to the last known location of the divers. Meanwhile the RNLI lifeboat based at Cromer made its way to the scene.

An hour later, the dive vessel ‘Manta’ contacted Humber Coastguard to say they had found the divers safe and well and were on their way back to shore at Sea Palling.

Humber Coastguard Watch Manager Graham Dawson said:
"The dive boat did exactly the right thing by calling us as soon as it realised that it couldn’t get back to the divers on the surface. Good communications at sea are vital in this situation and that’s why the coastguard recommend a fixed DSC VHF set, 406 MHz EPIRB with GPS and 121.5 homing function, powerful torch and appropriate flares."