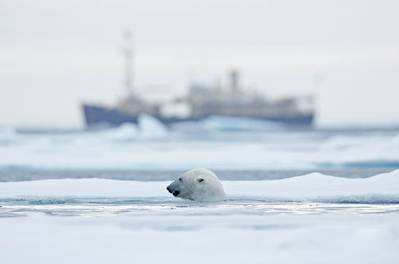 Draft U.N. proposals to ban the use and transport of heavy fuel oil by ships in the Arctic contain waivers that will allow many vessels to keep sailing without enough regulatory control over their emissions, a study released on Thursday found.

Antarctic waters are protected by stringent regulations, including a ban on heavy oil fuel (HFO) adopted in 2011, even though no cargo moves through the turbulent southern waters. For the Arctic, the rules are looser.

Environmentalists say HFO produces higher emissions of harmful pollutants, including sulphur oxide, nitrogen oxides, and black carbon. In addition, a possible oil spill involving HFO from a ship could have a devastating impact on the Arctic's ecosystem.

The International Maritime Organization is working on prohibiting the use of HFO and its carriage for use by ships in Arctic waters after July 1, 2024.

The study by the non-profit International Council on Clean Transportation (ICCT) found the waivers and exemptions in the current proposals would mean that 74% of ships could continue to use HFO in the Arctic.

That would mean only 30% of HFO being carried and 16% of HFO used would have been cut based on 2019 numbers and black carbon emissions would have decreased by only 5%.

"HFO has already been banned in the Antarctic since 2011, without exemptions or waivers. It's well beyond time that the Arctic receive the same protections," ICCT senior marine researcher Bryan Comer said.

"If exemptions are included, they should expire well before 2029."

The Arctic has warmed at least twice as quickly as the rest of the world over the last three decades and shipping traffic has expanded.

An IMO spokesperson said the draft regulations were developed after discussion by member states and would be submitted for further discussion at a virtual Marine Environment Protection Committee session in November "with a view to approval and circulation for future adoption".