Dutch Students Sail Home Across the Atlantic Due to Coronavirus 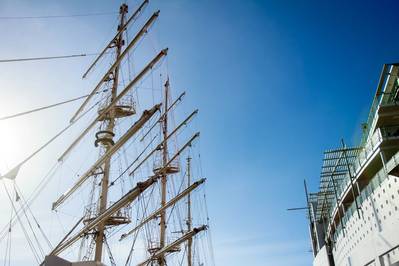 A group of 25 Dutch high school students arrived back in the Netherlands in a two-mast schooner on Sunday, after airline restrictions left them with little choice but to help sail it home from the Caribbean.

The group, aged 14-17, had been halfway through a six week sail-study program in the region on board the "Wylde Swan", which was built in 1920. But by mid-March, it appeared they could no longer fly home from Cuba as planned.

Organizers decided the ship, including 12 experienced sailors and three teachers, would have to sail back across the Atlantic, a 7,000 kilometer trip that took them five weeks.

"You have to learn to adapt, because you don't really have any choice," said student Anna Maartje, in a video interview released to the media.

"My first thought was: how am I going to do this with the clothes I have, and is there enough food on board?"

With social distancing rules and bans on public gatherings in place in the Netherlands, the students departed the ship one by one in the port of Harlingen, where parents waited in cars to pick them up.

They had stocked up on supplies, including clothes, on the island of Saint Lucia before the Atlantic crossing. Students had packed for tropical weather, not a deep-sea voyage.

During their next stop in the Azores, off the coast of Portugal, they were not allowed to leave the ship by local authorities.

Organizers published video of a large school of dolphins swimming alongside the ship on April 21.

Another student, identified as Lotte, said one difficulty of the voyage was being confined in close quarters with 40 people and little privacy.

In addition to studying and playing games, she had helped keep watch from 3 a.m. to 6 a.m. In the afternoon, the ship had what was referred to as "Happy Hour."