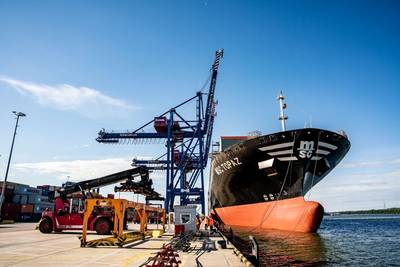 The European Commission said that the EC has approved under EU State aid rules the compensation granted by Lithuania to LITGAS for supplying a mandatory quantity of liquefied natural gas (LNG) to the LNG terminal in Klaipėda.

In November 2013, the Commission approved under EU State aid rules an aid scheme to support the construction and operation of a liquefied natural gas (LNG) terminal at the Klaipėda seaportin Lithuania The LNG terminal has, since its construction, played a vital role in the diversification of gas supplies and security of supply in Lithuania.

In June 2018, Lithuania notified the Commission of certain changes to the aid scheme approved in 2013 namely public service obligation of LITGAS and removal of purchasing obligation.

To ensure security of supply, the LNG terminal must be kept operational, which requires continuous deliveries of liquefied natural gas and its constant regasification. Therefore, in January 2016, Lithuania decided to modify the initial scheme and to entrust LITGAS, a liquefied gas supplier with a public service obligation to ensure the supply of a mandatory quantity of liquefied natural gas to the LNG terminal in Klaipėda.

In exchange, LITGAS receives a compensation from the Lithuanian State to cover the costs incurred for performing this public service obligation. The compensation is financed via a "security supplement", which is an additional fee paid by all gas transmission system users.

As part of the support scheme approved by the Commission in 2013, when the LNG terminal started its operations, Lithuania introduced a "purchase obligation" whereby heat and electricity generators were obliged by law to purchase a certain quantity of gas from LITGAS.

However, taking into account the developments on the gas market, Lithuania considers that, as of January 2019, the purchase obligation will no longer be necessary and can be abolished. As a result, LITGAS will sell its gas directly on the market.

The Commission assessed the changes to the Lithuanian aid scheme under the EU State aid rules on services of general economic interest (SGEI). The Commission found that the modifications to the initial scheme, in particular the removal of the purchase obligation, will contribute to enhancing competition on the Lithuanian gas market.

In August 2018, Lithuania received through the Klaipeda seaport its first LNG shipment from the US, in line with the joint statement by President Juncker and President Trump in July to strengthen EU-US strategic cooperation with respect to energy. Sharing energy across European borders via a connected modern energy grid creates a system that is more secure, sustainable and affordable.