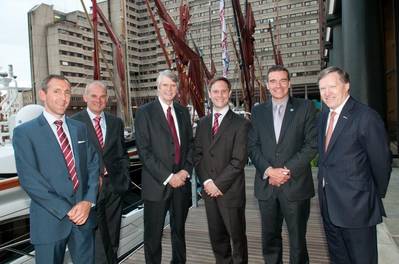 The new complex, close to St Katherine’s Dock and the City of London will house elements of subsidiary companies, BMT Hi-Q Sigma, BMT Surveys, and BMT WBM under one roof. Both new and existing clients will benefit further from the collective skills and wealth of knowledge available within the BMT group of companies.

Peter French, Chief Executive of BMT Group said: “Our new central London location brings the subsidiary companies into close proximity with clients and partners in government, the London insurance market and other professional services firms based in the City. BMT Hi-Q Sigma will be in a stronger position to deliver to clients in Government through the Consultancy ONE and G-Cloud III frameworks which it secured earlier in the year. BMT Surveys will offer enhanced, world-wide support to London based clients focussing on P & I, Hull and Machinery, Cargo Insurance and maritime law through its global survey network based in more than 250 ports worldwide.”

The new premises will also see BMT in a stronger position to secure new business, as well as delivering existing contracts.