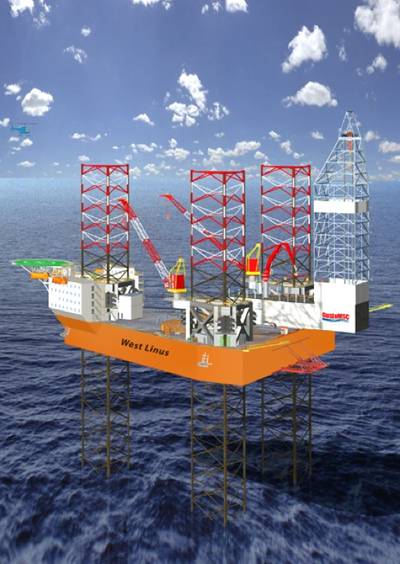 Ship Finance will acquire the harsh environment jack-up drilling rig West Linus from a subsidiary of NADL.  The West Linus is currently under construction at Jurong Shipyard in Singapore with scheduled delivery in December 2013.

The total acquisition cost will be US$600 million and the drilling rig will be chartered back to NADL on a bareboat contract for a period in excess of 15 years. NADL has been granted four purchase options, the first of which will occur after five years and the last at the end of the charter period. Ship Finance will also have an option to sell the rig back to NADL at the end of the charter period.

NADL is an offshore harsh environment drilling company with focus on the North Atlantic basin. The company has nine drilling units in the fleet, including five semi-submersible, a drillship, and three jack-up rigs. Seadrill Limited currently owns 74% of the outstanding shares and the company is listed on the Oslo OTC exchange with a market capitalization of approximately USD 2 billion.