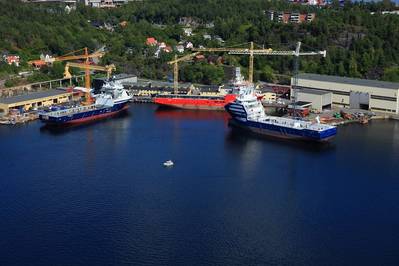 Vard, which makes offshore vessels for the oil and gas industry, expects reduced EBITDA as slower-than-expected improvements in productivity, as well as additional costs incurred for two vessels, dent profitability, Fincantieri said in a statement.

"Furthermore, during the third quarter, Vard has revised its estimate for a limited number of projects in its European order book where cost overruns were incurred, although as a result of mitigating actions taken, no impact on the delivery schedule is expected," according to the statement.

Fincantieri added that its own EBITDA margin for the first nine months of the year will not be materially affected by Vard's profit guidance.

U.S. shipyards are making improvements to building ships for the Navy and Coast Guard today and in the future. In some cases…