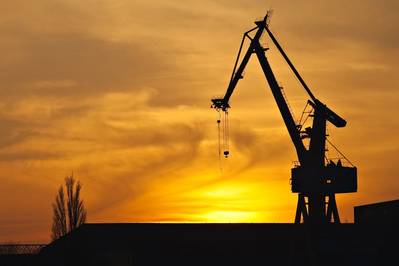 The German government made an offer to buy the insolvent MV Werften's Rostock shipyard for its navy, a defense ministry spokesperson said on Friday, in a move to top up capacities for repairing and servicing war ships.

Germany, in response to Russia's invasion of Ukraine, has been scrambling to bring its military back in shape after decades of attrition following the Cold War.

In a major policy shift, Chancellor Olaf Scholz pledged in February to sharply increase defense spending, including an initial 100 billion euro ($106 billion) fund to fill gaps in weapons and other military equipment.

The defense ministry spokesperson did not disclose what sum the government is offering to pay for the shipyard.

The German navy aims to use the shipyard in Rostock - a town on the Baltic Sea coast in the northeastern state of Mecklenburg-West Pomerania where the naval command is located, too - as a branch of its main arsenal in Wilhelmshaven on the North Sea coast in western Germany.

The navy has also been paying the industry to service its ships, but capacity has been so scarce that warships were out of operation for months while waiting for a slot to be repaired or serviced.

MV Werften, which filed for insolvency in January, had a payroll of around 2,000, including about 1,100 workers at Wismar.

It is unclear whether the navy will succeed in buying the Rostock shipyard as it needs to win a bidding competition and beat potential rivals for the property.