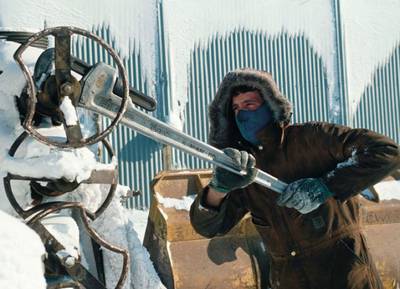 The analysis considers that the US Arctic Ocean presents almost a perfect storm of risks: a requirement for a long-term capital-intensive investment for uncertain return; a remote and uniquely challenging operating environment; ongoing court challenges; a lack of extraction and spill response infrastructure; and the spotlight of the world’s environmental organisations, the US political community and international media. Greenpeace provide the following summary of the document:

Royal Dutch Shell stands at a strategic crossroads. Its response to the reserves scandal in 2004 has been a global reserves replacement hunt through a programme of relentless capital expenditure. This search included an investment in US Arctic Ocean leases in the mid-2000s that dwarfed other companies’ spending.

Shell’s US offshore Arctic plans have been a failure despite capital expenditure, to date, in excess of $5bn. Following a 2012 drilling season beset by multiple operational failings and a subsequent ‘pause’ in the company’s Arctic programme, Shell announced, on 30 January 2014, a forced reversal of its intention to return to the Chukchi Sea in the summer of 2014.

The main factor cited by Shell for its decision to pause its offshore Arctic drilling programme yet again was a decision by the US Court of Appeals for the Ninth Circuit. On 22 January 2014, the court found in favour of Alaska Native and conservation organisations in their challenge to the environmental analysis underlying the US government’s decision to sell leases, including those owned by Shell, in the Chukchi Sea. The plaintiffs have sought to have the leases invalidated. Even if that does not occur, it is likely that the government will be forced to carry out a new environmental analysis, which could delay Shell’s exploration in the Chukchi Sea by several years.

Investors in IOCs are increasingly questioning allocation of shareholder capital to high cost, high risk projects such as offshore Arctic drilling against an industry backdrop of flat share prices and declining returns on equity even through a period of sustained $100/barrel oil prices.2 Shell’s January 2014 profit warning –  the company’s first in 10 years – was attributed in part to “high exploration costs”.3 Despite increasingly vocal shareholder calls for greater capital discipline, Shell remains committed, at least publicly, to the high cost, high risk US Arctic Ocean.

Significant concerns remain regarding Shell’s preparedness and capabilities for responding to a major incident. In reviewing the company’s 2014 exploration plan and operating plan, one of the relevant regulatory agencies, the Bureau of Ocean Energy Management (BOEM), raised a number of significant questions. Several of these queries relate to contractor oversight – the source of many of the problems that arose in 2012 and an unwelcome echo of the root causes of the Deepwater Horizon disaster. Shell’s response to these questions and its public statements do not evidence serious recognition of the problems in 2012 or a concerted effort to improve.

As Ben Van Beurden, the new CEO of Shell, prepares to deliver his vision for the future of the company and to set its strategic priorities, he and investors must carefully balance any focus on reserves replacement ratio with the potential financial impact of the short and long-term risks inherent in any project.

The US Arctic Ocean presents almost a perfect storm of risks [mentioned above] In this context, investors must scrutinise Shell’s assessment of such risks and the company’s ability to mitigate and manage them in order to determine whether the potential return provides sufficient justification to continue. Questions for investors to ask Shell on these issues are suggested at the end of each chapter and brought together in the conclusion of the document.

FROZEN FUTURE 'Shell’s ongoing gamble in the US Arctic' can be downloaded at: http://bit.ly/1ibJ3dp