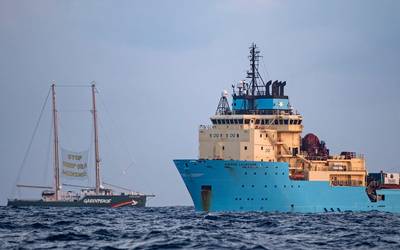 Greenpeace protested against deep-sea mining in the Pacific on Monday, with the environmental organization’s Rainbow Warrior boat trailing a ship doing research for DeepGreen, a company which plans to mine the seabed for battery metals.

Greenpeace activists were pictured in rubber dinghies holding banners reading “Stop Deep Sea Mining!”, with the Maersk Launcher, a ship chartered by DeepGreen, in the background.

The protest took place 900 nautical miles (1,036 miles) off Mexico’s western coast, in the Clarion Clipperton Zone (CCZ) - a huge swathe of seabed where potato-sized nodules rich in cobalt and other battery metals are abundant, and where DeepGreen has an exploration license.

“The deep ocean is one of Earth’s least understood and least explored ecosystems, which is home to significant biodiversity, and also acts as a vital carbon sink,” Greenpeace said in a statement.

A spokesman for DeepGreen said the company was grateful Greenpeace came to see research it said was being done by independent scientists.

“We have a shared goal of transitioning to a world powered by 100% renewable energy, but unlike Greenpeace we have a viable plan to get there with regard to the raw materials required,” he added by email. 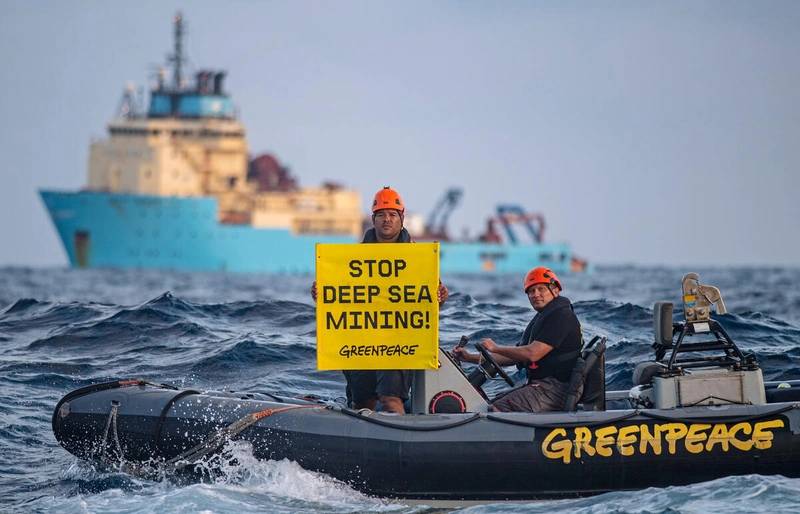 DeepGreen argues seabed mining will be more sustainable than mining on land. Greenpeace says mining the deep sea is not needed to power the energy transition, especially if governments commit to resource efficiency and a circular economy.

In an open letter to those companies, DeepGreen said sourcing battery metals from deep-sea nodules will generate “zero solid waste, no toxic tailings, and a fraction of the carbon emissions compared to land-based sources”.

“Deep seabed mining may or may not represent one of the more responsible ways to source the metals the planet needs,” GSR said by email. “Without continued research we will never know the answer.”