Gunvor to Cut Emissions by 40%, Sets up Renewables Arm 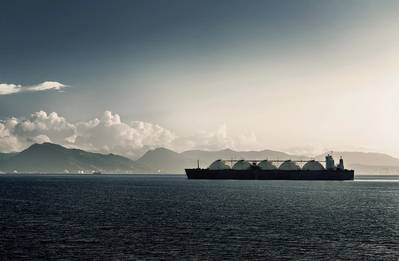 Energy trader Gunvor Group aims to cut its Scope 1 and 2 emissions by 40% in absolute terms by 2025, the company said on Tuesday, and has set up a new subsidiary to invest in non-hydrocarbon projects.

The Geneva-based firm, which is among the top five global oil traders, aims to cut emissions it produces directly, and those from the electricity it uses, against its 2019 total of 1.9 million tonnes of carbon dioxide equivalent.

Its new unit will invest in biofuel, renewable power projects such as solar and biomass, and the commercialization of alternative fuels like hydrogen and ammonia, it said.

The company, called Nyera, or New Era in Swedish, will be allocated a minimum of 10% of Gunvor’s net equity, amounting to at least $500 million with leverage over the next three years, it added.

Gunvor hopes to invite partners to invest further, Chief Executive Torbjorn Tornqvist told Reuters, “so we hope it will be substantially bigger than our 10% equity contribution”.

The energy sector has come under heavy pressure from investors and governments alike to move towards greener energy sources.

Oil major BP plans to cut oil and gas output by 40% and boost investments in wind and solar, while Royal Dutch Shell is betting on power trading and hydrogen and biofuels markets as it shifts away from oil.

Gunvor and other trading firms are investing more in gas as a transitional fuel to a greener energy mix, as its emissions, while still high, are lower than coal and oil.

“Our view is that we also have to deal with hydrocarbons and decarbonize them, primarily natural gas, because these will still be a significant proportion of the future energy mix,” said Tornqvist.

As part of its sustainability goals, Gunvor’s shipping arm Clearlake will convert its fleet to low or zero-emission vessels.

The firm mothballed its refinery at Antwerp, Belgium but still runs two others, at Ingolstadt in Germany and in the Netherlands’ Rotterdam oil hub. The German refinery will undergo a turnaround in 2023 to boost efficiency and cut emissions.

Rotterdam’s two crude processing units were shut in mid-2020 to focus on desulfurization. The plant has started using hydrogen for vegetable oil treatment and is evaluating the addition of an HVO unit to make biodiesel.

Rival trading house Trafigura said in January it would cut Scope 1 and 2 emissions by 30% by 2023, and set up a new renewables and power division and green investment vehicle.

Mercuria has teamed up with U.S. private equity firms to invest up to $1.5 billion in renewable projects, while Glencore said it plans to reach net-zero emissions by 2050.