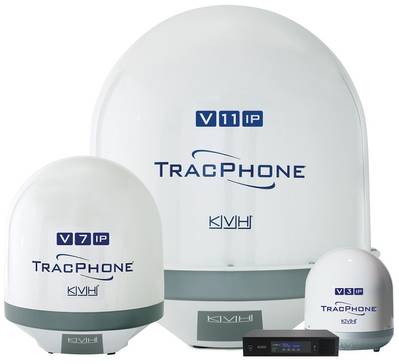 Mr. Guthrie started his telecom career at telecommunications and satellite communications company British Telecom (BT) in the U.K. before joining Europe Star where he was responsible for European sales and marketing strategies. He later led the VSAT managed services group for the EMEA region at Verestar. After Verestar was acquired by SES in late 2004, Mr. Guthrie served in a variety of roles in both the U.K. and U.S. offices, managing VSAT services, sales, and operations for various markets. He was also responsible for IP Prime sales at SES before returning to the U.K. to lead the Satellite Leasing operation.

KVH recently announced a four-part strategy for the next phase of development in its satellite communications business, including the introduction of its new TracPhone V-IP series systems and IP-MobileCast content delivery service, which is expected to be available later this year. KVH’s new TracPhone V3-IP, V7-IP, and V11-IP all use the new Integrated CommBox Modem (ICM), which enables the systems to receive and decode multicast content. A wide variety of user devices may access the multicast data stored on the onboard server, making mini-VSAT Broadband and IP-MobileCast a useful solution for maritime operators looking to improve crew welfare in accordance with MLC-2006 requirements while maintaining focus on their businesses’ economic wellbeing.