This Day In Naval History: May 18 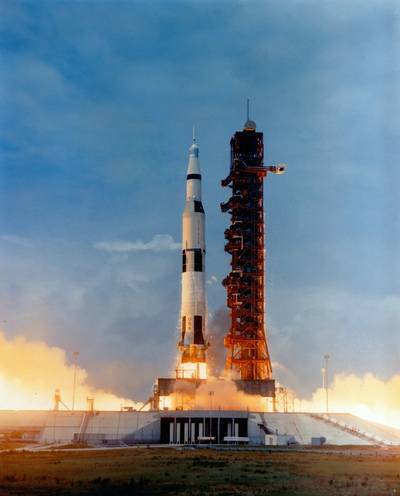 1775 - Col. Benedict Arnold captures a British sloop at St. Johns in Quebec, Canada and renames her Enterprise, the first of many famous ships with that name.

1902 - Marines and Sailors from the iron-hulled screw steamer, Ranger go ashore at Panama City, Colombia, to protect US citizen lives and property during an insurrection that results in Panamas eventual independence from Colombia on Nov. 3, 1903.

1969 - Apollo 10 is launched with Cmdr. John W. Young as command module pilot and Cmdr. Eugene Cernan as the lunar module pilot. The mission is a dress rehearsal for the first lunar landing.