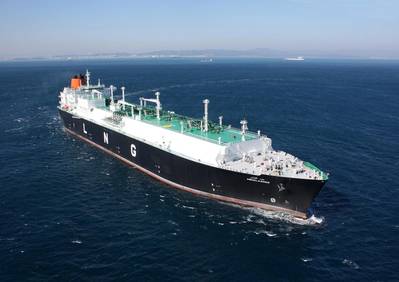 Hyundai Heavy won orders to build two 162,000 cbm LNG carriers for Golar LNG of Norway on February 10 and two same-class ships for an unnamed European shipowner on February 8. The contract with Golar LNG includes an option exercisable by the Norwegian company for two additional same-class LNG carriers. LNG carriers for Golar LNG will be built by Hyundai Samho Heavy Industries, a Hyundai Heavy affiliate. These membrane-type LNG carriers, scheduled to be delivered between the second quarter of 2014 and the first half of 2015, will feature the Dual Fuel Diesel Engine System (DFDE) which allows the ships to run on oil fuel or natural gas.

In addition, Hyundai Heavy won an order to build a third LNG Floating Storage Regasification Unit (FSRU) for Hoegh on February 13. The contract for the LNG FSRU is an option exercised by Hoegh from the original contract signed in June 2011. The 170,000 cbm LNG FSRU is scheduled to be delivered by the second quarter of 2014.