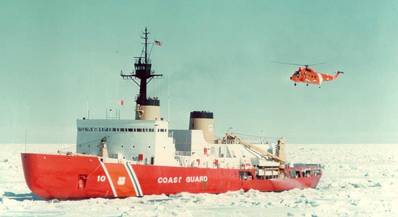 Northrop Grumman Corporation has been awarded a service contract for navigation systems and software to support the polar ice breakers for the U. S. Coast Guard.

"For 14 years, Northrop Grumman has provided quality long-term navigation systems and support for the Coast Guard's polar ice breakers," said Bill Hannon, vice president of the company's Maritime Systems business unit. "This new support contract, which covers direct installs, field testing and personnel training, will allow us to keep ahead of the navigation and training needs for these critical vessels."

Assembly of the IBS hardware and related equipment will be done in Charlottesville with installs and field testing done directly on the ships. Work will begin this month on the Polar Star and in the summer of 2014 on the Healy.