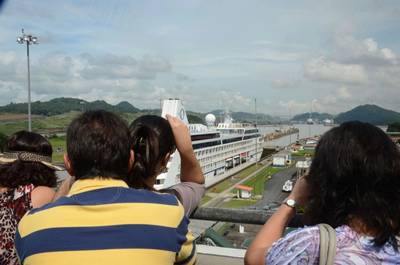 For your information, please find below the submission from the global shipping industry – the International Chamber of Shipping (ICS), the Asian Shipowners’ Association (ASA) and the European Community Shipowners’ Associations (ECSA) – to the consultation. ICS, ASA and ECSA are the principal global and regional trade associations for shipowners and operators, representing all sectors and trades.

COMMENTS BY THE GLOBAL SHIPPING INDUSTRY
The International Chamber of Shipping (ICS), the Asian Shipowners’ Association (ASA) and the European Community Shipowners’ Associations (ECSA) are the principal global and regional trade associations for shipowners and operators, representing all sectors and trades including containership operators, tanker operators and dry bulk carriers, as well as specialised trades such as LPG/LNG carriers, chemical carriers, passenger vessels and vehicle carriers.

The membership of ICS, ASA and ECSA combined represents more than 90% of the world’s merchant tonnage.

As regards the ongoing consultation to modify the Panama Canal tolls, the global shipping industry sincerely appreciates the opportunity to formally comment on the proposed toll changes with the following remarks:

Timing between proposal and implementation date
The global shipping industry notes that the period between the publication of the proposed modifications and their date of implementation is six months, which is in line with requests made by the industry during previous toll consultations.

As a consequence of the shorter (six-month) notice, shipping companies might still have to bear any additional costs arising from new toll charges, until the expiry of existing contracts with their respective clients.

A longer (twelve-month) notice period would provide shipping companies and operators with sufficient time and room to maneuver in terms of negotiating any future contractual agreements, which are likely to be impacted by changes to future toll charges.

As customers of the Canal, shipowners and operators would also benefit considerably if the ACP were to provide a long term sustainability plan concerning any future modifications to Canal tolls.  This would help the industry to factor in the proposed adjustments more effectively.

The legal framework of this important IMO regulation will require merchant ships worldwide to use fuel with a sulphur content of 0.50 percent or use alternative mitigation technologies, the collective compliance costs of which are expected to range between US $30 billion per year and US $50 billion per year.

Fuel is already by far shipping’s greatest cost and the significant increase in bunker costs that is anticipated as a result of the switch to low sulphur fuels, as required by the IMO regulation, will have profound effects on the economics of shipping and the future structure of the industry.

This is compounded further by uncertainty surrounding worldwide availability of compliant fuels, meaning that ship operators have so far been unable to properly budget for the likely spike in fuel costs or inform their respective customers about the extent of potential increases.  As a consequence of this uncertainty, an additional bunker price spike is also anticipated during the initial period of implementation.

The global shipping industry is therefore very concerned that the implementation of the new toll charges on 1 January 2020 – the same day that the IMO regulation takes effect – will have a negative impact not only on shipowners and operators, but also on world trade.

This is especially pertinent at a time of heightened concerns about several issues affecting the industry, including:

These concerns are expected to continue to have a negative impact on the global shipping industry in 2020.  For these reasons, ICS, ASA and ECSA request that the ACP at the very least postpone the timing for implementation of the proposed new toll increases by at least six months (June 2020).

This would allow shipping companies and operators to adequately plan and adjust their commercial activities accordingly.

The above notwithstanding, it is equally important that the ACP fully consider and take account of the very challenging economic conditions under which the global shipping industry is currently operating, noting that the economic sustainability of the Panama Canal is inextricably linked to that of shipowners and operators that use the Canal.

While appreciating that charges for containerships and general cargo ships will remain unchanged, ICS, ASA and ECSA are concerned about some of the proposed toll increases for other sectors such as dry bulk (iron ore), tankers, chemical tankers, LPG & LNG carriers, PCC & ROROs and cruise ships.

It appears that the proposed new tolls for the above mentioned segments would be increased by 5-15%, which could significantly undermine future trade growth.  In this respect, the global shipping industry suggests the following:

Promoting environmental sustainability through the Panama Canal
In the case of pure car carriers (PCC), dry bulk carriers (transporting iron ore), tankers, LPG carriers and cruise ships, the ACP appears to be proposing significant increases to toll charges for use of the Neopanamax locks.

Noting that the environmental performance of bigger ships is higher than that of smaller ships – since they consume less fuel and emit less CO2/SOx/NOx per tonne mile – the global shipping industry would suggest that from the standpoint of promoting environmental sustainability, any toll increases for bigger ships using the Neopanamax locks should be aligned with those for use of the Panamax locks.

On behalf of the global shipping industry, ICS, ASA and ECSA thank the ACP in advance for giving our comments, requests and suggestions their due consideration.