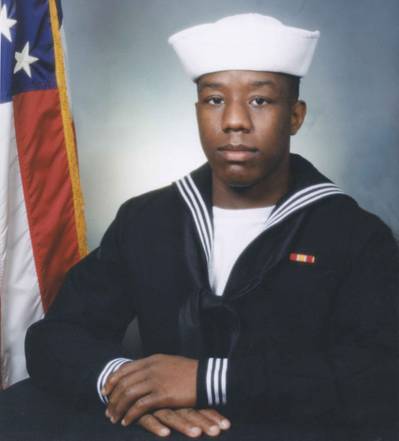 The U.S. Navy identified Master-at-Arms 2nd Class Mark A. Mayo, 24, as the sailor killed during a shooting incident at Naval Station Norfolk March 24.

The Navy said the events of Monday evening are under investigation but it is known at approximately 11:20 p.m. there was a shooting on board Mahan at Pier 1. The suspect approached the Mahan's quarterdeck and was confronted by the ship's petty officer of the watch. A struggle occurred and the suspect was able to disarm the Sailor. Mayo, serving as the chief-of-the-guard, rendered assistance after seeing the suspect board the ship. Mayo put himself between the gunman and the petty officer of the watch and as a result was fatally wounded.

"Petty Officer Mayo's actions on Monday evening were nothing less than heroic. He selflessly gave his own life to ensure the safety of the Sailors on board USS Mahan (DDG 72)," said Capt. Robert E. Clark, Jr., commanding officer, Naval Station Norfolk. "Petty Officer Mayo's family has endured a tremendous loss, as have the men and women of Naval Station Norfolk, in the loss of a shipmate and friend."