BC Ferries to Implement Fuel Surcharge 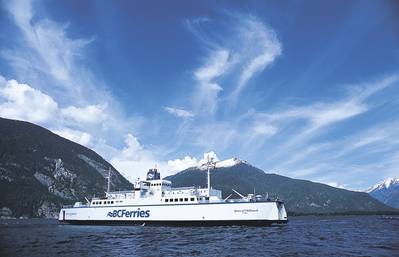 BC Ferry: Photo courtesy of the owners

BC Ferries explains that due to current world fuel market conditions the company is advising customers that a fuel surcharge will be implemented on the majority of its routes on January 17, 2014.

The fuel surcharge will be 3.5 per cent on average on all of its routes with the exception of the Port Hardy - Prince Rupert and Prince Rupert – Haida Gwaii routes which will not be affected.

“Market pricing indicates that the price differential will continue throughout the year,” said Mike Corrigan, BC Ferries’ President and CEO. “We are well aware that implementing a fuel surcharge is unpopular with our customers, and we are doing everything we can to keep our fuel costs as low as possible, including building new ships with LNG capability. We have waited as long as we can to implement a surcharge, however we must act now as it is clear that fuel prices are unlikely to decline in the foreseeable future.”

While the company has reduced its fuel consumption by 5.8 million litres since 2004, the cost of fuel in fiscal 2013 was $121 million, up from $50 million in fiscal 2004. The company points out that it is not immune to world commodity markets and their impact on the price of diesel. Each 1 cent per litre increase in the cost of diesel translates into a $1.2 million increase in company expenses.

For further information go to: www.bcferries.com/bcfnews/