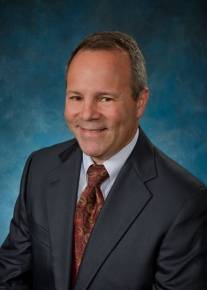 Odyssey Marine Exploration, Inc., an in the field of deep-ocean exploration, has implemented its planned management transitions that were announced in August.

Odyssey President Mark D. Gordon assumed the additional role of chief executive officer on October 1, 2014, succeeding Gregory P. Stemm, who had held the position since 2007. Stemm has become chairman of the board, succeeding Bradford B. Baker, who will continue to serve as lead director. Stemm, in his new role, will continue to provide counsel to the company, focusing his efforts on identifying and developing new business opportunities for Odyssey.

"These management changes reflect the broader, ongoing transition of Odyssey from an entrepreneurial business model to a more predictable revenue-generating entity as well as our anticipation of new projects and monetization events ahead," commented Stemm. "We have long planned for Mark to take over as CEO, and there is no question that he is ideally suited to the role. Mark is an extraordinarily brilliant, capable and dedicated executive who I know will do great things for Odyssey."

"The board recognizes Greg's tremendous contributions to Odyssey since its inception and values his unique talents and visionary thinking," noted Baker. "With Mark as CEO, Greg has been freed from the day-to-day operations of the company, allowing him to fully focus on developing new opportunities in deep-ocean exploration for Odyssey. Given Mark's strong performance as president over the last several years, the board is highly confident that Mark and the team he has helped assemble will take Odyssey to its next level of growth and development."

As one of the company's founders, Stemm has served the company for more than 20 years. Under his leadership, Odyssey has become the preeminent and most widely recognized shipwreck exploration organization in the world. No other entity has found and recovered more valuables from the ocean floor and at such record depths.

As part of the planned transition, Gordon has been working closely with Stemm on initiatives that position the company for profitability, which include:
•Moving the company from solely seeking high-value historical shipwrecks towards a more balanced model that includes commodity shipwrecks and mineral exploration.
•Implementing increased financial discipline that resulted in outsourcing the exhibit business, discontinuing the long-term lease of the Discovery Dorado vessel, and developing financial modeling for all new projects. This discipline is projected to reduce expenses by 30%, improve asset utilization, and improve the risk/return profile on selected projects.
•Increasing communication and transparency with stakeholders via quarterly conference calls, letters to shareholders, and an outreach to institutional investors.
•Attracting new talent to the company including the CFO and a new independent board member with previous Wall Street investment banking experience.

These initiatives have helped Odyssey deliver multiple profitable projects over the past three years that demonstrate the basic business model can be successful.
•In 2012 and 2013, the Gairsoppa project generated $79 million in cash proceeds of which $12 million went to the UK Government and the silver refiner, leaving $67 million for Odyssey. After direct project costs of $27 million, a project profit of $40 million was generated for a gross margin of 60%.
•Since the inception of the Oceanica project, Odyssey has spent approximately $20 million in direct costs and received $27.5 million cash in exchange for a minority stake in Oceanica. Odyssey currently retains 54% of the equity in Oceanica which has tremendous potential to produce significant returns for Odyssey.
•The 2014 Central America project, conducted between April and September of this year, is expected to generate a gross margin well in excess of 30%.

Gordon plans to continue the focus on deep-ocean exploration while implementing modifications to the existing business model that are designed to expand the demonstrated individual project profitability into enhanced overall operating results with more predictable positive financial results.

"Given my first-hand knowledge and understanding of Odyssey's strengths, capabilities and challenges, I believe we have a phenomenal opportunity to take our successful project model and make small modifications to our business to produce positive, more predictable operating cash flows for years to come," said Gordon. "These adjustments to our business model are designed to mitigate risk, enhance our cash generation, and continue to allow us to harvest our portfolio of valuable projects in a disciplined manner that continues to produce leveraged returns."

"As we begin the final quarter of 2014, we will focus on improving asset utilization and aligning our expenses and investments with defined opportunities that have demonstrative near-term return. We will continue to develop projects that build long-term shareholder value and build on our legacy of excellence in deep-ocean exploration," continued Gordon.

"In the coming months, we anticipate a number of key events, including further monetization of our Oceanica project, the start of one or more shipwreck projects, and monetization of the SS Central America recovery," continued Gordon. "I look forward to discussing our plans for 2015 in more detail during our upcoming quarterly conference call in November."

Gordon joined Odyssey in 2005, serving as director of business development and executive vice president of sales before he was appointed president and chief operating officer in 2007 and director in 2008. Prior to Odyssey, Gordon founded or managed four entrepreneurial ventures from 1987 to 2003, including Synergy Networks, which he founded in 1993 and served as CEO until it was acquired by the Rockefeller Group in 2003. He continued as president of Rockefeller Group Technology Services Mid Atlantic, a member of Rockefeller Group International until 2004. Earlier in his career, he served as a management consultant with Arthur Andersen Consulting (now Accenture). Gordon received his B.S. in Business Administration and MBA in Finance from American University.