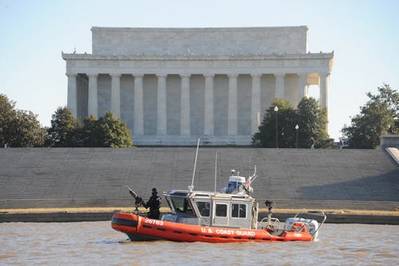 The Coast Guard has combined efforts with local, state and federal agencies to provide security in the Washington area in support of the 57th Presidential Inauguration.

Agencies are conducting security patrols along the Potomac River, and air assets enforce security zones within the National Capitol Region.

"Inter-agency partnership is paramount in a national-security event such as this," said Lt. Cmdr. Randall Brown, Chief of Response at Coast Guard Sector Baltimore.  "These combined efforts will help ensure public safety during the event."