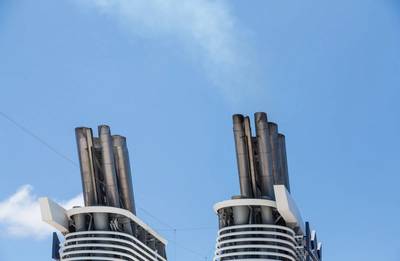 Indonesia will not enforce new global rules mandating low-sulphur marine fuels on its domestic shipping fleet because of the high cost of cleaner fuel, an official from the country's Ministry of Transportation said this week.

Under International Maritime Organization (IMO) rules that come into effect in 2020, ships will have to use fuel with a maximum 0.5% sulphur content, down from 3.5% now, unless they are equipped with so-called scrubbers to remove the sulphur from the vessel's emissions.

But because of the high cost of complying with new rules, Indonesian authorities will allow Indonesian-flagged vessels to continue burning marine fuels with a maximum 3.5% sulphur content in its territorial waters past 2020 without having to use scrubbers, an Indonesian Ministry of Transportation official said.

"Fuel price for fuel with a maximum of 0.5% is more expensive and will increase operational cost of the ship, that will affect the logistics costs and prices of goods," said the official who declined to be identified.

The official added that Indonesia, an archipelago with over 18,000 islands, will allow its domestic vessels to use high-sulphur fuel without scrubbers until the domestic supply of low-sulphur fuels improves.

"We always put forward national interest as consideration in making the decision," said the official.

Indonesian-flagged ships plying international routes, however, will need to comply with the IMO's global sulphur cap as will foreign-flagged vessels its waters, the official said.

Indonesia in 2012 acceded to the IMO's International Convention for the Prevention of Pollution from Ships, MARPOL Annex VI, which is the main international agreement covering all types of pollution from ships.

"The regulation (MARPOL Annex VI, regulation 14) applies to all ships, i.e. not only international voyage ships but also domestic voyage ships," an IMO spokeswoman said in response to a Reuters request for comment.

The IMO's sulphur rules have faced some resistance because of the higher costs for the lower-sulphur fuel. Indonesia's decision not to enforce the cap may undermine the IMO's effort to limit sulphur emissions with are harmful to human health and cause acid rain.

The country provided the flag of registry for 9,053 ships of all types in 2018, according to data from the UN Conference on Trade and Development.

"Indonesia's move might have a knock on effect but then again the scale is likely to be negligible as far as geographical coverage is concerned," said Ashok Sharma, managing director of shipbroker BRS Baxi in Singapore.

"Shipping is international in nature and hence it will not make economic sense for a ship owner to be in and out of IMO 2020 compliance as their asset transit various legislations," Sharma said.

Like with previous regulations that cost the shipping industry billions of dollars, "eventually everybody complies," said Sharma. (Reporting by Bernadette Christina in JAKARTA and Roslan Khasawneh