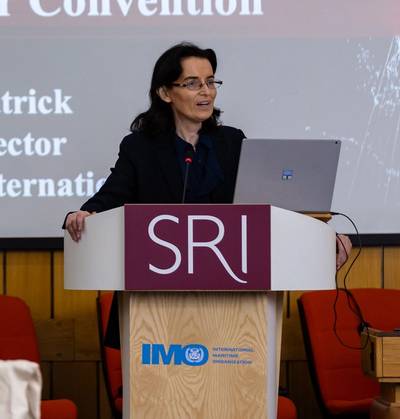 At the meeting, Deirdre Fitzpatrick, executive director of SRI said, “More ratifications are needed to bring the Convention on a par with SOLAS, MARPOL and the STCW, the other three pillars of international shipping.

“Whilst it is heartening to see that the MLC is now ratified by 101 States covering more than 96% of the world’s gross shipping tonnage, these other conventions are each ratified by more than 155 States and cover over 99% of the gross tonnage of the world fleet.

“Without more ratifications, and despite the principle of no more favorable treatment, there will continue to be ports and regions around the world where ships may sail free of the MLC.“

Fitzpatrick also addressed the failings of the MLC during the COVID pandemic, when, more than ever, the industry saw seafarers’ lives at risk and their rights being violated.

“In our statement to the STC last year, we referred to the calls to give seafarers key worker status,” said Deirdre Fitzpatrick. “The IMO continues to call on its members to designate seafarers as key workers and we believe that this issue should be discussed at a future meeting of this Committee.

“We also believe that that this Committee could bring its expert thinking on the issue of the fair treatment of seafarers following maritime casualties and accidents.”

Fitzpatrick welcomed the recent ratifications of the MLC by Mozambique, Sierra Leone, Oman and San Marino, and remarked that the overall number of proposed amendments for the session – and the successful adoption of eight amendments and three resolutions - showed that the MLC continues to be a vital and living instrument, seeking to keep pace with the changes in the industry.”