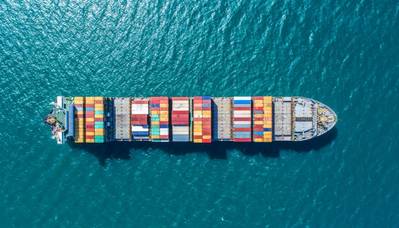 Japanese shipping company Nippon Yusen KK expects the coronavirus pandemic to reduce its recurring profit by 50-60 billion yen ($464 million-$557 million) for the year to next March, an executive said on Monday.

"Our assumption is that the worst impact from the pandemic will be seen in the April-June quarter, with economic activity slowly picking up after that," Toru Maruyama, a corporate officer at Nippon Yusen, told a news conference.

Global container demand, which is currently down more than 20%, will likely drop more than 10% for the year to next March from a year earlier amid the COVID-19 crisis, he said.

The company may consider selling and scrapping car carriers, depending on demand, he said, adding the transportation volume of vehicles would likely drop around 50% in the April-June period.

"The dry bulk market is facing a historic low (in terms of prices), though shipments have not declined from a year earlier," Maruyama said. The market is expected to recover in and after the July-September quarter, but that will not be enough to compensate for the current deterioration, he said, forecasting a lower annual profit for the segment.

As for [cruise] ships, all cruises with return dates up to late August have been canceled, he said.

The company has largely secured 120 billion yen through long-term loans to pay most of the planned redemptions by the end of March while securing a credit line of 230 billion yen from banks, he added.

Baltic Index Up for 24th Session

The Baltic Exchange’s main sea freight index rose for the 24th straight session on Wednesday, helped by a modest increase in capesize and supramax rat

The world's largest container shipper, A.P. Moller-Maersk, will team up with industry majors to set up a research center…