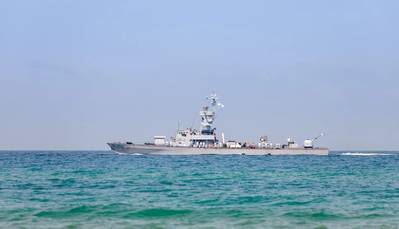 The Lebanese army said on Sunday that Israeli gunboats violated Lebanese territorial waters several times on Saturday in an area opposite Ras Naqura near the border between the two countries, an accusation Israel denied.

The statement said there were four violations where gunboats entered several hundred meters inside Lebanese waters and that authorities were discussing the violations with a United Nations Interim Force.

An Israeli military statement said there "was no crossing of Lebanese maritime border" by its forces.

Lebanon and Israel last week signaled their approval of a deal brokered by Washington laying out their respective maritime rights.

If finalized, the agreement—hailed by all three parties involved as a historic achievement - would mark a diplomatic departure from decades of war and hostility as well as open the door to offshore energy exploration.

Lebanon has for years accused Israel of violating its airspace with drones and jets planes engaged in reconnaissance activities.

Beirut had also formally complained over the years to the U.N. Security Council.