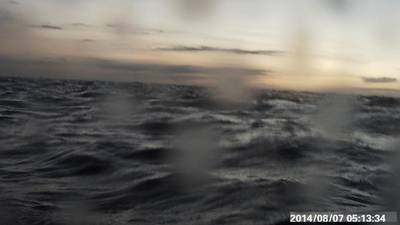 As Hurricanes Iselle and Julio approach the Big Island of Hawai'i, Liquid Robotics’ Wave Glider, named Holoholo, is swimming near Kawaihae Harbor north of Kona, in the path of the storm. Not only is the glider navigating through the impending storm, it is also tweeting photos as it develops.

Check out the latest photos and weather reports at https://twitter.com/Holoholo_WG. The waves are getting big!

The Wave Glider Holololo is communicating via cellular network. If the hurricanes impact the cellular towers, Liquid Robotics may be offline.