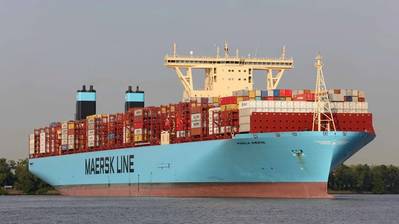 The world's largest container shipper, A.P. Moller-Maersk, will team up with industry majors to set up a research center in Denmark with the aim of reducing carbon emissions in the shipping industry.

Denmark's Maersk, which aims to be carbon-neutral by 2050, said on Thursday the research center would combine knowledge from industry, academia and regulators towards "decarbonizing" the industry by developing carbon-neutral fuel and technologies.

The move would be funded by Maersk's majority owner, the A.P. Moller Foundation, which has donated 400 million Danish crowns ($60.36 million) towards building the Copenhagen-based research hub set to initially employ 100 people, Maersk said.

Denmark, which has one of the world's most ambitious climate goals of cutting emissions by 70% by 2030, is home to renewable energy majors like wind farm developer Orsted and turbine maker Vestas.

"With this donation, The A. P. Moller Foundation wishes to support the efforts to solve the climate issue in global shipping," chairman of the foundation's board, Ane Uggla, said.

The center, which would be an independent nonprofit organization, is founded by shipping firms Maersk and NYK Lines as well as Siemens Energy, MAN Energy Solutions, ABS, Mitsubishi Heavy Industries and trading conglomerate Cargill Inc.

(Reporting by Nikolaj Skydsgaard in Copenhagen Editing by Matthew Lewis)