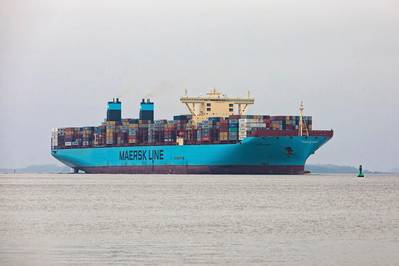 A.P. Moller-Maersk has withdrawn its board member from industry organization International Chamber of Shipping (ICS), partly over the trade association's stance on climate change, according to the company's website.

Maersk, one of the world's largest shipping groups, has been part of ICS's board for around a decade, but Maersk executive and board member Henriette Hallberg Thygesen has stepped down after an annual revision of trade association memberships.

"We review our membership status once a year to ensure that the trade associations in which we are members lobby in alignment with the goals of the Paris Agreement as well as other key issues," Maersk said on its website.

The Paris agreement is a legally binding treaty between the world's countries, agreed in 2015, which aims to limit global warming by curbing global greenhouse gas emissions.

"Our choice to step down from the ICS Board should also be seen in this context," it added, without specifying what it disagreed with ICS's stance.

Maersk also said it would focus its efforts on its membership of the World Shipping Council (WSC), a trade group for container shippers

ICS, which has members from over 40 countries and represents over 80% of the world's commercial fleet, promotes "best practices throughout the shipping industry," its website says.

Maersk aims to have a carbon-neutral fleet by 2030 in order to meet its target of net-zero emissions by 2050.

The shipping industry carries around 80% of global trade and accounts for around 3% of global carbon emissions.