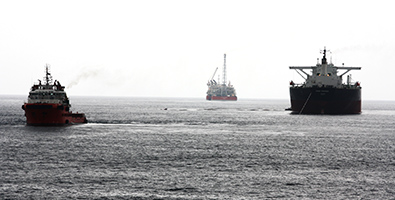 Marine services provider James Fisher and Sons Plc (JFS) said on Tuesday that hackers had gained unauthorized access to its computer systems, sending its shares down as much as 5.7%.

JFS said it had taken all affected systems offline as a precautionary measure and was working with cyber security experts to recover systems, applications and data from its disaster recovery back-up.

"Work is ongoing to complete the recovery as quickly as possible and to minimize any impact on our businesses," JFS said, adding that it had notified regulators and law enforcement agencies in the UK.

Cyber attacks have been in focus after a virus spread from Ukraine wreak havoc around the globe in 2017, crippling thousands of computers and disrupting ports from Mumbai to Los Angeles.

JFS declined to comment on the nature of the attack and possible monetary hit.