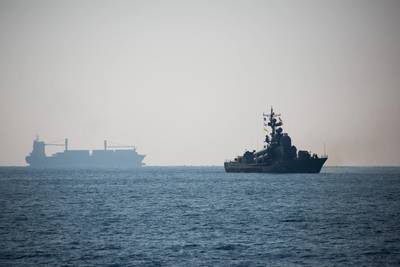 London’s marine insurance market on Monday added all of Russia’s waters to its list of areas deemed high risk, an advisory showed.

Guidance from the Joint War Committee, which comprises syndicate members from the Lloyd’s Market Association (LMA) and representatives from the London insurance company market, is watched closely and influences underwriters’ considerations over insurance premiums.

Following Russia's invasion of Ukraine on February 24, the JWC last month added Ukrainian and Russian waters around the Black Sea and Sea of Azov to its high-risk areas, as well as waters close to Romania and Georgia.

Russia's maritime sector is grappling with the winding down of services including ship certification by leading foreign providers - vital for accessing ports and securing insurance - shipping companies pulling out and ship engine makers suspending training on their equipment due to the imposition of Western sanctions on Moscow.

The inclusion of Russian waters by the JWC is expected to add to the cost pressures on shipping with Russia, including on grains exports.