Florida-based provider of energy transportation services delivering crude oil and petroleum products Overseas Shipholding Group (OSC) and American Shipping Company (AMSC) jointly announced that OSG has exercised options to extend its charter agreements with AMSC for nine vessels currently under charter from AMSC.AMSC is a  Norwegian-American shipping and shipyard company and part of the Aker Group."A Charter agreements for five of the vessels were extended for additional three-year terms, commencing from December 2019 and ending in December 2022. The charter agreements for four vessels were extended for one-year terms commencing from December 2019 and ending in December 2020…

American shipping company, TOTE Maritime Puerto Rico, has returned very positive reports on its LNG-powered containerships, ‘Isla Bella’ and ‘Perla del Caribe’ as they approach the third anniversary of commencing operations, said a press release.It said that the 3,100-teu sister ships serve the route between Jacksonville, Florida and San Juan, Puerto Rico and are notable for being propelled by the first ME-GI dual-fuel engines produced by MAN Energy Solutions.Tim Nolan, President and CEO of TOTE noted: "The relationship between MAN and TOTE has been strong with excellent collaboration from the top level all the way to the engine room, and that continues. TOTE is proud to be an LNG first mover. 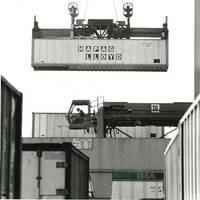 50 years after the beginning of modern container shipping in Germany, international trade is handled by 6,397 containerships, with a capacity of 21.1 million TEU. Hapag-Lloyd’s container fleet numbers among the largest in the industry. The revolution reached Germany 50 years ago. And even if no gunshots were heard, there was still a loud bang. On May 5, 1966, the Fairland, owned by the American shipping company Sea-Land, called at Bremen’s Überseehafen (overseas port). On the next day…

Sixteen Tons of Beer for Brooklyn 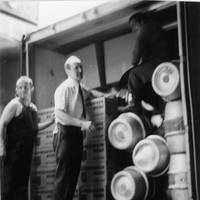 In 1966 North German Lloyd (NDL) carried out Germany’s first multimodal door-to-door shipment. The customer was delighted as cargo could no longer ‘get lost’ on the way. An interesting, almost forgotten story from the beginning of the container era. The announcement by the American shipping company Sealand at the beginning of 1966 that they would establish a container service between the East Coast of the U.S.A. and Europe caused action at Hapag and NDL. A few short weeks later a member of the Hapag executive board… 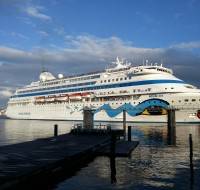 Press release- This year’s cruise shipping season in Kiel was ending on Tuesday October 20th with a visit by the “AIDAcara”. Overall the port registered 133 calls this year by 25 different ships with a total tonnage of more than 8.6 million GT (an increase of 19.4% over last year). The port’s cruise terminals saw 458,771 passengers (29.6% more than in 2014) board or leave a cruise ship. Dr Dirk Claus, Managing Director of the PORT OF KIEL (Seehafen Kiel GmbH & Co. KG) said: “Both passenger figures and overall tonnage totals have set new records for Kiel”.

Røkke is CEO of Akastor ASA

Akastor ASA announced that its Board of Directors has appointed Kristian Røkke as its Chief Executive Officer. Mr. Røkke will succeed Frank O. Reite, who will take the position of Chief Financial Officer at Aker ASA. Kristian Røkke, who is currently Chairman of Aker Philadelphia Shipyard ASA (AKPS), a leading U.S. commercial shipyard, and previously President & CEO of AKPS, will assume his new position in Akastor ASA on August 10, 2015. Aker ASA will propose to the nomination committee of Akastor ASA that Frank O. Reite takes the position as Chairman of the Board of Akastor ASA later this year. "I am very pleased that Kristian has accepted the position at the helm of Akastor.

Aker Philadelphia Shipyard ASA has appointed Jan Ivar Nielsen as Chief Financial Officer effective September 2015. Since 2009, Nielsen has held the position of CFO of VARD Holdings, a publicly listed global designer and builder of offshore and specialized vessels with 10 facilities across Europe, Asia and South America. From the period 2002 to 2005, Nielsen was CFO of the shipyard in Philadelphia. In 2005, Nielsen was involved in the formation of Aker American Shipping Company, the former parent of both Aker Philadelphia Shipyard and American Shipping Company. He then served as CFO of Aker American Shipping Company until 2007. Nielsen holds a Master of Science in Business degree from Bodø Graduate School of Business and an Executive MBA degree from Temple University.

New Director on Odfjell Board 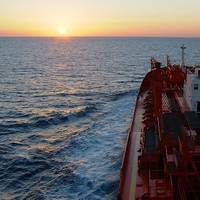 Odfjell SE held a general meeting November 12, 2014 at which the nomination committee elected Annette Malm Justad as its new director of the board. Annette Malm Justad is a Norwegian citizen born in 1958. She has a master's degree in chemical engineering from the Norwegian Institute of Technology (NTH) and a master in technology management from MIT Sloan School of Management. She has a broad experience in logistics, marketing and purchasing within manufacturing and industrial shipping in Europe…

Norway's Aker ASA may decide to merge or otherwise restructure two listed units that have seen strong benefits from the U.S. shale oil energy boom, Aker's Converto investment vehicle said in a statement released late on Monday. Converto, the top owner of both Aker Philadelphia Shipyard and American Shipping Company (ASC), seeks to "evaluate and execute potential strategic initiatives to visualize and maximize shareholder value" for the two firms. "This could include M&A and financial restructuring ... as well as investigating potential joint strategic alternatives for the two companies," it added. Converto said it had recently considered selling its shares in American Shipping Company…

Following the announcement of 10 June 2014 by Aker Philadelphia Shipyard ASA  (AKPS) Philly Tankers had successfully secured equity commitments necessary to finance the purchase of two product tankers from AKPS with deliveries in 2016 and 2017. As planned, the conditions precedent to the closing of the Transaction, including the execution and delivery of satisfactory definitive documentation and the approval by the general meeting of American Shipping Company of its participation in the Transaction, have been satisfied and the Transaction is now closed. In connection with the Transaction, AKPS and Philly Tankers, through their subsidiaries… 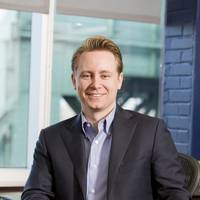 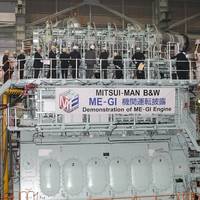 One of MAN Diesel & Turbo’s oldest licensees held a successful demonstration of the ME-GI concept on April 17, 2013 at its Tamano works. A large crowd of guests attended the demonstration and the following reception where, among others, MAN Diesel & Turbo’s Dr. René Umlauft, CEO, and Thomas Knudsen, Head of the Low Speed business unit, held commemorative speeches. In his speech, Dr. Umlauft described the ME-GI engine as representing a milestone in a shipping era where stricter emission regulations and rising fuel costs are calling for environmentally friendly and economic solutions. 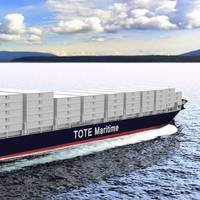 MAN Diesel & Turbo confirms its first order, from USA's TOTE Inc., for its low-speed, dual-fuel ME-GI engine. American shipping company, TOTE, has signed a contract with its compatriot shipyard NASSCO in San Diego for the construction of two new state-of-the-art containerships with an option for three more vessels for primarily domestic services. The vessels will each be powered by 8L70ME-GI dual-fuel gas-powered engines. The two 3,100 TEU vessels will be the most environmentally friendly containerships in the world, powered primarily by liquefied natural gas (LNG). Aker Philadelphia Shipyard (Oslo: AKPS), a leading U.S. commercial shipyard, delivered to American Shipping Company (Oslo: AMSC) the shipyard’s twelfth Veteran Class MT-46 product tanker. The 46,000 dwt vessel, named the Overseas Tampa, will leave the shipyard in the coming days under the operation of Overseas Shipping Group (OSG) to transport petroleum products. The on schedule delivery of this ship marks the successful conclusion of a historic shipbuilding program that began in April 2005.

Palfinger Crane Onboard Allure of the Seas 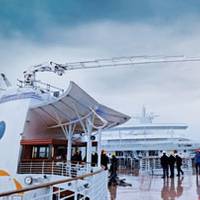 The Allure of the Seas is the second and latest ship in the Oasis class. On 16 decks it has space for more than 5,400 passengers and 2,100 crew. A Palfinger PK 150002 marine crane is used for transporting and planting trees onboard the ocean giant. The American shipping company Royal Caribbean Cruises and the South Korean STX Group signed the contract for the construction of the sister ship to the Oasis of the Seas in 2007. The Allure of the Seas was officially handed over to Royal Caribbean Cruises last November. With a length of 1,184 ft it is the world’s biggest cruise vessel. 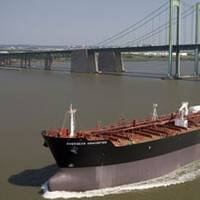 Aker Philadelphia Shipyard (Oslo: AKPS), a U.S. commercial shipyard, delivered to American Shipping Company (Oslo: AMSC) its tenth Veteran Class MT-46 product tanker. The 46,000 dwt vessel, named the Overseas Anacortes, will leave the shipyard in the coming days under the operation of OSG America to transport petroleum products for Tesoro. This vessel is the fourth vessel planned to be utilized by Tesoro. The ship will leave Aker Philadelphia Shipyard and join its sister ships in transporting petroleum products on the West Coast. 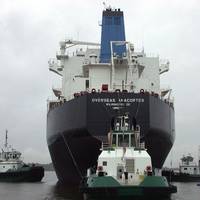 On July 10, Aker Philadelphia Shipyard launched Ship 014, the tenth product tanker in a series of 12 to be completed in 2011. The 46,000 dwt vessel was floated off of its blocks and was transferred by tug from the Building Dock to the Outfitting Dock, where it will remain for the next few weeks as it undergoes continuous testing and commissioning in preparation for its upcoming sea trials. When completed, the 600 ft long vessel, to be named the Overseas Anacortes, will be sold to American Shipping Company and bareboat chartered to OSG America for use transporting petroleum products. 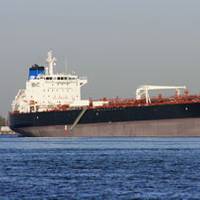 Aker Philadelphia Shipyard (Oslo: AKPS), a U.S. commercial shipyard, delivered its ninth Veteran Class MT-46 product tanker May 14 to American Shipping Company (Oslo: AMSC). The 46,000 dwt vessel, named the Overseas Martinez, will leave the shipyard in the coming days under the operation of OSG America to transport petroleum products for Tesoro. Aker Philadelphia has three other vessels currently under construction as part of its historical build program. All are scheduled to be delivered through spring 2011. 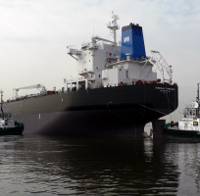 On March 10, Aker Philadelphia Shipyard (Oslo: AKPS) launched Ship 013, the ninth product tanker in a series of 12 to be completed by 2011. The 46,000 dwt vessel was floated off of its blocks and was transferred by tug from the Building Dock to the Outfitting Dock, where it will remain for the next few weeks as it undergoes continuous testing and commissioning in preparation for its upcoming sea trials. When completed, the 600-ft long vessel, to be named the Overseas Martinez… 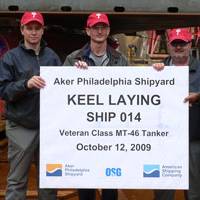 Two great teams - the 1,200-strong shipyard work force and the World Champion Philadelphia Phillies - were honored today at the keel-laying for the tenth tanker in the current build program at Aker Philadelphia Shipyard (Oslo: AKPS). APSI officials decided to recognize the Phillies along with its talented workforce because both teams symbolize a dedication to precision and exemplary teamwork. Following ancient ship-building tradition, commemorative, good-luck coins representing…

Phillies to Be Honored at Keel-Laying

On October 12, workers at Aker Philadelphia Shipyard, just down Broad Street from the home of the Phillies, will sport baseball caps in addition to their traditional hard hats as they pay tribute to the World Champions and their trademark blue-collar work ethic when the yard holds the milestone keel-laying as it begins assembly of its 10th in a series of ocean going product tankers. Members of the 1,200-strong shipyard crew, who have distinguished themselves for their Phils-like precision and teamwork, will show their support for co-workers and the Phillies as the structurally-critical, 620-ton keel section is lowered into place. In keeping with ship-building tradition…

On April 14, United States flag merchant vessel M/V Liberty Sun and its crew, operated by American shipping company Liberty Maritime Corporation of Lake Success, New York, was attacked by Somali pirates. The pirates fired rocket propelled grenades and automatic weapons at the vessel which sustained damage. Liberty Maritime immediately requested the assistance of the United States Navy which dispatched forces to assist and protect the crew and the vessel. The Liberty Sun was on a voyage enroute to Mombasa, Kenya from Houston, Texas carrying American food aid cargo for African nations suffering from famine. Earlier last week, the vessel…