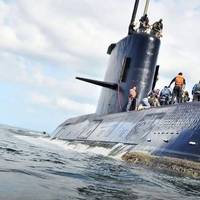 The search for the Argentinian submarine was like hunting for the proverbial needle in a hay stack, except that it was a piece of straw. Elaine Maslin reports. At 7.19am, local time, on November 15, 2017, the last message was received from the San Juan submarine. She belonged to the Argentinian navy and was on a routine mission from Ushuaia in the Patagonia region to Mar del Plata in Buenos Aires province when she lost contact with the military. Fifteen days later, neither the submarine nor any debris had been found and the crew of 44 sailors were presumed dead. 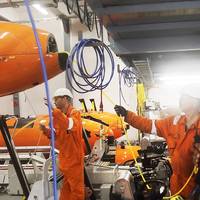 The Argentine Navy submarine that went missing a year ago off the country's Atlantic Coast was found by a private company involved in what had been a massive search for the vessel and its 44-member crew, the defense ministry said in a news conference on Saturday.The ARA San Juan submarine was discovered by marine tracking contractor Ocean Infinity, 907 meters (2,975 feet) below the ocean surface. The vessel was found in an underwater canyon with its tail partially "imploded," Argentina's Defense Minister Carlos Aguad said.Given the poor visibility at the site… 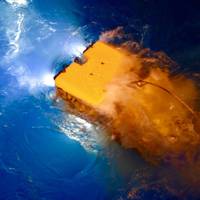 The U.S. Navy said it has begun to wind down operations as part of the international search for the still-missing Argentine submarine A.R.A. San Juan that vanished in the South Atlantic in mid November. The U.S. joined the Argentina-led multinational search efforts within 24 hours of learning of the missing submarine on November 17, and is now drawing down, having twice swept the search areas assigned by the Argentine Navy with advanced sensors. U.S. planning and analytical specialists will continue to support the efforts through data analysis. At its height, U.S. 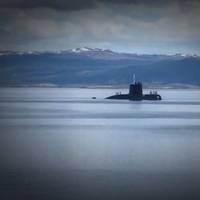 Argentina and other South American countries are likely to maintain or increase their submarine programs despite the scrutiny that has followed the fatal loss of an Argentine sub in South Atlantic waters last month, defense specialists said. The disappearance of the ARA San Juan with 44 crew members aboard has put pressure on Argentine President Mauricio Macri to consider boosting spending for the military, including the country’s two remaining submarines. Military spending sharply decreased after the end of Argentina’s dictatorship in 1983.

One of the 44 crew members on board the Argentine submarine that is missing in the South Atlantic is Eliana Maria Krawczyk, who came from a landlocked province to become the country’s first female submarine officer. In a Facebook video posted in January by the Defense Ministry, Krawczyk discussed her experience of being the first woman in a traditionally male space. She said that she aspired to become the commander of a navy submarine one day. “If you think about being underwater, navigating, and being the only woman, it is strange, but at the same time it is exciting and very challenging,” she said in the video. Krawczyk, 35, was born in the northeastern province of Misiones and joined the navy in 2004, after responding to an advertisement online.

Union Hits Out at Vulture Fund Swoop on Tall Ship 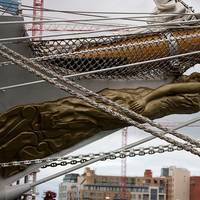 TF president Paddy Crumlin condemns those responsible for seizure of 'Fragata Libertad', an Argentine navy training ship, in Ghana. The detention of the ship was ordered on application to a court by Elliott Capital Management, which has bought up debt associated with bonds on which the Argentinian government defaulted in 2001. He continued: “In trying to hold hostage one government over a dispute on sovereign debt by holding the Libertad hostage, Singer shows that he only holds one thing sacred: making more profit and building his wealth. 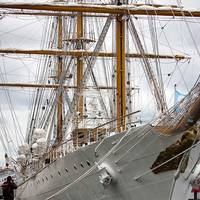 A Ghana court judge rejected plea to release the 'ARA Libertad' training ship, detained through complaint by a US hedge fund creditor. The sail training ship has been detained with more than 200 hundred crew members on board since 2, October 2012 in a port close to the West African port of Accra, reports Bernama. The ARA Libertad is a three-masted tall ship that stopped at Tema while training hundreds of Argentine navy cadets. The seizure of the flagship of Argentina's Navy stems from a complaint from a US hedge fund.

According to the Baltimore Sun last April 21, 100,000 visitors came to town the day before, just to see the boats. Most had arrived for the Volvo races, an endurance test of sorts. But without so much press, from as far off as Seattle, another 48 came for a ship whose endurance was legend already. For a near half-century with the Coast Guard, the Tamaroa fought famously bad seas - and before that, enemy fire. Her quiet admirers arrived Balto with scrapers in hand, wrenches at the ready, plans in mind. Tamaroa had taken world wars and nature's wrath in stride. But civilian life got her down. Her preceding nine years were spent in near-isolation, open to intruders and the elements, gathering rust. April 20 was the day all that would change. Some of the 48 came to relive, some to renew.

An Argentine Navy ice breaker battled to free a U.S.-operated cruise liner with 186 people aboard which is trapped in a field of ice off the coast of Antarctica on Jan. 31. The Clipper Adventurer, carrying 115 passengers and 71 crew, was sailing through the Straight of Matha west of the Antarctic Peninsula, about 900 miles south of Tierra del Fuego, when a change of wind unexpectedly dragged ice around it, the Argentine Navy said. The 330-foot Clipper Adventurer sailed from the Argentine port of Ushuaia in the far southern island of Tierra del Fuego on Jan. 28, and was sailing between the islands of Belgrano and Liard when it was trapped. No damage to the ship or injuries were reported.