IMO to decide whether to introduce rules in 2020, or 2025; EU, China already pushing for stricter regulation. The global shipping industry is bracing for a key regulatory decision that could mark a milestone in reducing maritime pollution, but which could nearly double fuel costs in a sector already reeling from its worst downturn in decades. The shipping industry is by far the world's biggest emitter of sulphur, with the SOx content in heavy fuel oil up to 3,500 times higher than the latest European diesel standards for vehicles.

The Hong Kong Shipowners Association (HKSOA) on Thursday called on the city's authorities to provide assistance to the crew of a Hong Kong-flagged coal ship off the east coast of Australia that is running out of food and fuel. Local Australian media and Great Britain's Guardian newspaper reported this week that the Five Stars Fujian, a 180,000 deadweight tonne capsesize class coal carrier, has been sitting in the middle of the Great Barrier Reef for the past month with supplies diminishing and salaries going unpaid. The HKSOA said in a statement that the ship was under detention by the Australian Maritime Safety Authority (AMSA), off the port of Gladstone, for breaches of the Maritime Labour Convention relating to lack of provisions and unpaid wages.

Brexit: What Next for Shipping Markets?

For many in shipping, the Brexit was unexpected. Many believe that Brexit’s impact on the shipping industry will be more or less neutral. The UK Chamber of Shipping remained neutral on the question of Britain's departure during the runup to the vote. It issued a statement emphasizing the industry's importance in all events. "We are still an island nation that has to make its way in the world through buying and selling, and the shipping industry is here for that purpose . . . shipping moves 95 percent of the UK's international trade and we don't see that changing," the organization said.

China's growing military presence in the South China Sea has drawn warnings from the United States that Beijing is seeking to exert control over one of the world's most important sea lanes, but so far the shipping industry seems less concerned. Beijing has been increasingly assertive in staking its claim to almost the whole of the sea, though which trillions of dollars of trade passes each year. This month China landed its first test flights on a new 3,000 metre (10,000 ft) runway it has built on a reef in the Spratly Islands, drawing protests from Vietnam and the Philippines which have overlapping claims in the area. Despite the diplomatic tensions, merchant shipping says operations are, as yet, unaffected.

Governments, maritime employer representatives coordinated by the International Shipping Federation (ISF) and their counterparts from the International Transport Workers’ Federation (ITF) met this week at the International Labor Organization in Geneva for the first meeting of the Special Tripartite Committee (STC) established under the Maritime Labor Convention, 2006 (MLC, 2006). During the meeting, an agreement was reached for amendments to the Convention to ensure the provision of financial security systems to assist seafarers in the event of their abandonment and for compensation for seafarers’ contractual claims for death and personal injury.

Maritime Employer representatives, coordinated by the International Shipping Federation (ISF), met with International Transport Workers’ Federation (ITF) counterparts this week at the International Labor Organization to review the ILO recommended minimum wage for the Able Seafarer. It was agreed that from January 1, 2015, the ILO minimum monthly basic wage for an AB is increased to $592 (USD) and from January 1, 2016, the basic wage is increased to $614. ISF spokesperson Arthur Bowring led the Shipowner Group in the discussions held on February 26 and 27, 2014 in Geneva. In his opening statement, Bowring reflected that the current figure of $585 came into effect on December 31…

Big Hitters Out in Force for ICS Conference 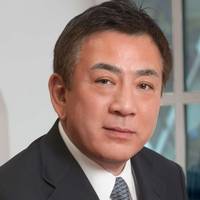 Shipping industry “big hitters” will be out in force for this year’s ICS Shipping Conference, being held by the International Chamber of Shipping at the British Library, London, on Wednesday September 11. Proceedings will be overseen by ICS Chairman, Masamichi Morooka. This year’s ICS event is being held in conjunction with the inaugural London International Shipping Week, which will see the worldwide maritime community gather in the U.K. capital for a multitude of events and meetings from September 9-13.

Employers and Unions Welcome Entry into Force of ILO

The International Transport Workers’ Federation (ITF) and the International Shipping Federation (ISF) are united in welcoming the news that the ILO Maritime Labour Convention (MLC, 2006) will enter into force in just 12 months’ time, in August 2013, following the announcement that it has been ratified by 30 ILO Member States, the latest being Russia and the Philippines. The tonnage requirement of at least 33% gross tonnage has also been well exceeded and currently stands at just below 60%. However, the ILO social partners warn that shipowners will need to ensure they are ready before the new regime of global labour standards comes into force. 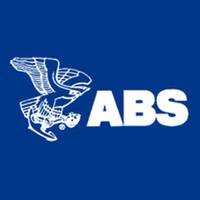 At the 150th Annual Meeting of the Members of ABS, three industry leaders were elected to the ABS Council. Following the Annual Meeting, the ABS Council met and elected industry leaders to both its Marine and Offshore Technical Committees. Individuals serving on the ABS Council and the Technical Committees help guide the class society in fulfilling its mission of promoting the security of life, property and the natural environment. “Classification represents the concept of self-regulation for the marine and offshore industry,” said ABS President and CEO Christopher J. Wiernicki.

Pirates Beware: The Gurkhas May Be Lurking

A British firm is offering shipping companies the services of up to 300 ex-British Army Gurkhas to combat piracy, particularly in Asia. Anglo Marine Overseas Services Ltd. has sent letters to international shipping companies offering "anti-piracy embarkation teams" of four to eight Gurkhas. The letter, one received by Australia's Western Bulk Carriers, states the primary mission of the Gurkhas is to deter piracy, but a "secondary mission is to manage the event should deterrence fail against a determined boarding party". "These men are available at reasonable rates of pay and average 16 years British military experience," said the letter.