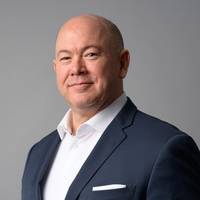 Crowley Maritime Corp. announced today that Ray Fitzgerald, who began his career with Crowley and most recently served as president and chief operating officer of Wallenius Wilhelmsen Solutions, and chairman of American Roll-on Roll-off Carrier (ARC), will rejoin the company March 1 as chief operating officer reporting to Tom Crowley, company chairman and CEO. He will be based at the company’s headquarters in Jacksonville, Fla.Fitzgerald will lead the team of Crowley’s four senior vice presidents and general managers: Rocky Smith… 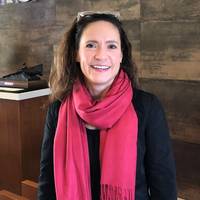 Crowley Maritime appointed Parker Harrison to its leadership team as senior vice president of procurement and risk management, effective Jan. 1, 2019. Harrison, former VP of procurement, will continue to be based at the company’s headquarters in Jacksonville, and will report to Bill Pennella, vice chairman and executive vice president.In her new role Harrison will work across all of Crowley’s business units to strategically align risk management functions while continuing the company’s procurement transformation into a strategic center-led competency. 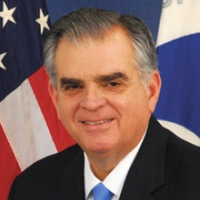 U.S. Transportation Secretary Ray LaHood announced the appointment of seven members to the United States Merchant Marine Academy (USMMA) Advisory Board. The USMMA Advisory Board serves as an independent body whose purpose is to examine the course of instruction and management at the Academy and advise the USMMA Superintendent and Maritime Administrator to ensure the best possible educational atmosphere for all midshipmen. “The Department is committed to providing every midshipman at Kings Point the highest-quality education possible,” said Secretary LaHood. 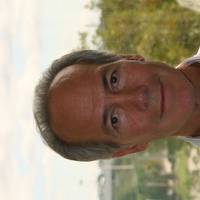 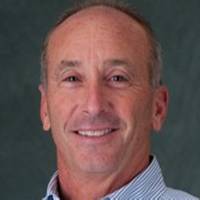 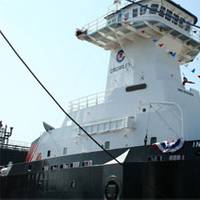 Crowley Maritime Corporation christened the ninth in a series of 10 new 185,000 barrel ATBs at the VT Halter Marine shipyard in Pascagoula. The Innovation and barge 650-9 will be chartered to Chevron, to safely transport petroleum products throughout the Gulf of Mexico. During the ceremony, Joan Pennella, wife of Crowley Vice Chairman and Executive Vice President Bill Pennella, christened the 10,728-horsepower tug Innovation; while Lynn Brewer, wife of Burl Brewer, Chevron operations scheduler, christened 650-9. 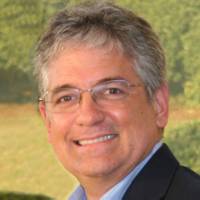 Crowley Maritime Corporation announced the promotion of Arthur LaMoureaux to vice president of internal audit, ethics and compliance. He will remain domiciled in Jacksonville and report directly to Crowley's board of directors and administratively to Vice Chairman and Executive Vice President Bill Pennella. "Given the size, scope and diversity of Crowley, we believe it is of the utmost importance to sharpen our focus even further on ethics and compliance," said Tom Crowley, chairman, president and CEO. 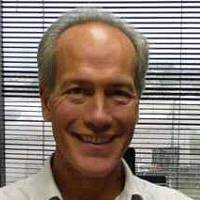 Crowley Maritime Corporation announced that effective October 1, Steve Demeroutis will assume the role of vice president, labor relations, replacing Jerry Dowd who is retiring after 25 years of service. Demeroutis is domiciled in Jacksonville and reports to Bill Pennella, vice chairman and executive vice president. In his new position, Demeroutis will be responsible for the development and implementation of Crowley's overall labor strategy. He will also oversee contract negotiations… 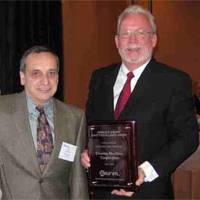 Jerry Dowd has been promoted to Vice President of Labor Relations for Crowley Maritime Corporation and will now be responsible for the development and implementation of Crowley's overall labor strategy. He will oversee contract negotiations, union relationships and the day-to-day administration of collective bargaining agreements throughout the entire Crowley organization. Dowd will remain in Seattle where he will report to Bill Pennella, Crowley's Vice Chairman and Executive V.P. Reporting to Dowd will be both East and West Coast labor functions. Dowd joined Crowley in 1984 as Director of Personnel and Labor Relations for the company's…

Crowley Maritime promoted Art Mead to Senior Vice President and General Counsel effective January 1. He will remain in Jacksonville and will report to Bill Pennella, Crowley's Vice Chairman and Executive Vice President. Mead will have corporate wide responsibility for all legal matters. As general counsel, Mead ensures that the business practices, policies and dealings of the corporation and its affiliates meet regulatory requirements protecting Crowley from adverse legal action. Additionally, Mead will direct legal actions for, and manage the defense of claims against Crowley and also interpret and prepare legal documents. Mead will join Crowley's Management Team and provide counsel to management on legal matters.

Crowley Maritime’s board approved the appointment of Dan Warner to Senior Vice President and Treasurer effective January 1. In his new position, Warner is responsible for the direction and management of the treasury activities of the total organization. He ensures that financial transactions, policies and procedures meet corporate objectives and regulatory body requirements. He also manages the corporate banking and investment functions and is responsible for negotiating all company-wide short and long-term debt financing. Warner will remain domiciled in Jacksonville, and will report to Bill Pennella, Crowley's Vice Chairman and Executive Vice President. Reporting to Warner are Senior Treasury Analysts Momodou Sallah and Jennifer Pope.