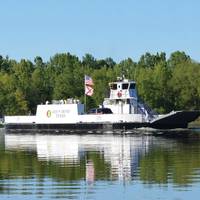 A ‘work in progress,’ the North American brown water, shallow draft sectors have experienced a tumultuous year of evolution, changing market conditions, a rapidly shifting regulatory environment and new opportunities. Anything but boring; and within the pages of Maritime Reporter’ & Engineering News’ Annual Yearbook, Joseph Keefe, editor of sister-publication MarineNews, takes a deep dive into the issues driving the domestic waterfront.Workboat EmissionsMore than one year ago, Volkswagon learned the ultimate (and painful) meaning of the iconic U.S. 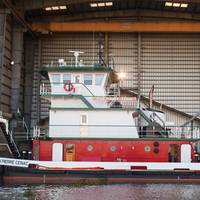 Kirby Corporation announced the completion of the acquisition of the marine transportation fleet of Cenac Marine Services, LLC, an operator of tank barges and towboats participating in the inland tank barge transportation industry in the United States. The total value of the transaction was approximately $244 million and was financed with additional borrowings. Cenac’s fleet consists of 63 30,000-barrel inland tank barges with approximately 1.9 million barrels of capacity, 34 inland towboats, and 2 offshore tugboats. 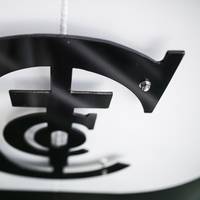 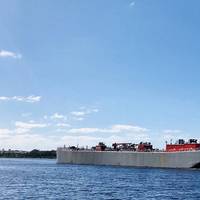 Bouchard Transportation Co., Inc. announced Friday that one of its barges has ended its shipyard period after completing a major overhaul.The work was performed at Gulf Marine Repair in Tampa, Fl. She left the shipyard earlier this week.Bouchard Barge No. 295 (B. No. 295) left Gulf Marine Repair in Tampa, Fla. earlier this week following an extensive scope of repair and upgrade work, a Bouchard spokesperson told MarineLink.Approximately 90 percent of the the barge’s main deck plate has been replaced… 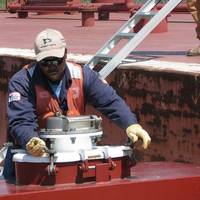 Kirby Corporation has announced the signing of an agreement to acquire Targa Resources Corp’s inland marine tank barge business for approximately $69.3 million in cash. The purchase will be financed through additional borrowings. Targa’s inland marine tank barge fleet consists of 16 pressure barges that have a total capacity of approximately 258,000 barrels, many of which are under long-term multi-year contracts. The closing of the acquisition is expected to occur near the end of the second quarter and is subject to customary closing conditions.

Kirby Corporation has announced the completion of the acquisition of Higman Marine, Inc. and its affiliated companies (“Higman”), an operator of tank barges and towboats participating in the inland tank barge transportation industry in the United States. The total value of the transaction was approximately $419 million in cash before post-closing adjustments and transaction fees. issuance of senior notes, which closed on February 12, 2018. The new senior notes provided for $500 million in fixed rate debt at 4.2% with a 10-year maturity on March 1, 2028.

Crews scrambled on Wednesday to clean up an oil spill from a sunken tanker which had spread to some of Athens's most popular beaches. The 45-year-old vessel, Agia Zoni II, was carrying 2,500 tonnes of fuel when it sank off the island of Salamis on Sunday. By Wednesday, a thick oily tide had covered stretches of the Athens Riviera several miles away. "This is a catastrophe," said Fotis Yiamanis, a resident of the seafront neighborhood of Faliro, where Greeks enjoy morning swims several months of the year. "Even if the oil leaves the surface of the water, the rest is going to sink and set in the sand. The coast guard said authorities had sealed the shipwreck on Tuesday and there was no further spillage. 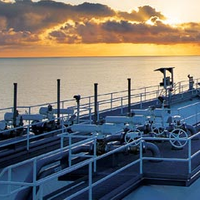 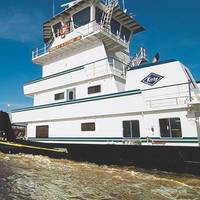 The U.S. Coast Guard was investigating a large oil sheen off the California coast west of Santa Barbara on Wednesday, a spokeswoman for the agency said. The slick, which was about 60 feet (18 meters) wide, was spotted about 1,000 yards (meters) offshore from Goleta State Beach west of Santa Barbara, said Coast Guard spokeswoman Petty Officer Andrea Anderson. Anderson could not give the approximate length of the sheen. In May, as much as 2,400 barrels of crude oil were spilled onto a pristine beach about 15 miles (24 km) west of Goleta when a pipeline ruptured along the coast. But there were no immediate reports of any link between the two incidents. "We don't have a definite source yet," Anderson said of the oil sheen discovered on Wednesday.

A fire broke out due to a suspected leakage in an oil pipeline passing through a land owned by the Mumbai Port Trust (MbPT) in Wadala in central Mumbai, but no one was injured. Fifteen fire tenders and 12 water tankers eventually doused the flames after a five-hour fight around 11pm. There were no casualties. Sources said the flames were spreading fast in the evening because of the strong monsoon winds blowing from the southwest. Dark smoke could be seen from up to 7km away in Lower Parel. The fire began at 5:50 pm. 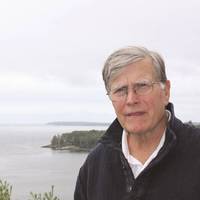 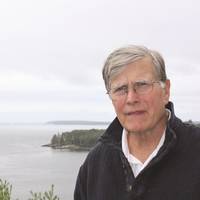 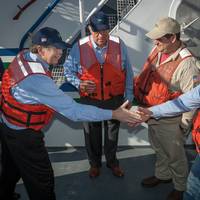 Anatomy of a Commercial Marine Lender

Three things: experience, experience, and … experience. It’s a very familiar scenario: And, if you are the CFO, controller, president or other financial manager of your company then you have been here before. Across your conference table sits a potential new lender. He/she is very genuine in their desire to lend you money on your boats. They sincerely want to be a valued and trusted advisor to you in all things vessel-finance related. But what may be lacking is an in depth knowledge of the commercial marine industry that can only come from time and exposure to the peculiarities of our industry. Actually, it’s easy to understand why this lender tells you they want to loan you money. 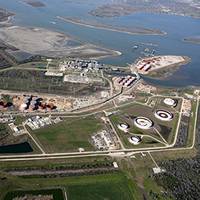 OW Bunker announced that it has signed an exclusive alliance with UNIPEC America to provide products at the new BOSTCO (Battleground Oil Specialty Terminal) fuel oil terminal in Houston. The move further expands the company’s physical presence in the region, complementing its existing operations in the Gulf of Mexico and Panama. UNIPEC America has negotiated the rights to supply bunkers ex-pipe at the new BOSTCO terminal. In conjunction with this, OW Bunker has developed a partnership agreement with UNIPEC America to provide calling vessels with quality products and services from January 2014. Kirby Corporation says it is to construct an articulated 185,000 barrel tank barge and 10,000 horsepower tugboat unit (ATB unit) at a cost of $75 to $80 million for charter to a customer when completed. Joe Pyne, Kirby's Chairman and Chief Executive Officer, commented, "With the coastal fleet utilization around 90%, increasing demand for the coastwise movements of crude and natural gas condensate, and continued progress in expanding our coastal business to inland customers, new capacity is needed to meet demand. About Kirby Corp. 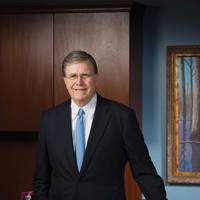 When Joseph H. Pyne joined Dixie Carriers in 1978, little did he know the maritime juggernaut he would help to create. When he took over as president in 1984, the company owned about 20 boats and 50 barges, with a value of about $35m. Today, after nearly 30 years, 50 acquisitions, it has a market cap well in excess of $4B, and its fleet hovers around 350 boats and 950 barges, commanding approximately 35% of the U.S. market. Joseph H. Pyne, 65, recently spent some time with Maritime…

Kirby Corporation To Announce 2012 Fourth Quarter And Year Results On January 30, 2013, With Conference Call On January 31, 2013. Kirby Corporation ("Kirby") (NYSE:KEX) will announce its 2012 fourth quarter and year results at 5:00 p.m. central time on Wednesday, January 30, 2013. A conference call to discuss the results will be held at 10:00 a.m. central time on Thursday, January 31, 2013. The telephone numbers to call to participate in the conference call are 800-446-2782 for domestic callers and 847-413-3235 for international callers. Please dial in five to ten minutes prior to the start of the call. The host is Steve Holcomb. The confirmation number is 34078345. An audio conference call playback will be available starting at 1:00 p.m.

Changes to Kirby Corp. Board

C. Berdon Lawrence retires from Board after 13 years of service, William M. Waterman, former President of Penn Maritime, elected to Board. Kirby Corporation, based in Houston, Texas, is the nation's largest domestic tank barge operator, transporting bulk liquid products throughout the Mississippi River System, the Gulf Intracoastal Waterway, coastwise along all three United States coasts and in Alaska and Hawaii. Mr. Lawrence is retiring to devote more time to family and other business interests, having served as Chairman of the Board of Kirby from October 1999 to April 2010 and has served as Chairman Emeritus of the Kirby Board since April 2010. Mr. Lawrence was the founder and former President of Hollywood Marine, Inc. an inland tank barge company acquired by Kirby in October 1999.