BMT Group Ltd (previously British Maritime Technology) said that Sarah Kenny, Chief Executive of BMT has been appointed Officer of the Order of the British Empire (OBE) in the 2019 Queen's Birthday Honours.The accolade, for services to the Maritime Industry, and Diversity, reflects her long-standing commitment and contribution to supporting and promoting the United Kingdom’s maritime industries, in addition to her work on STEM and promoting the importance and value of diversity in the sector.Sir John Hood, Chairman of BMT Group, said: “On behalf of the board of BMT, may I say we are thrilled that our Chief Executive, Sarah Kenny, has been honoured by the Queen for her services to the Maritime Industries and Diversity. 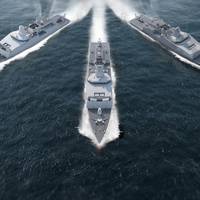 BMT Group Ltd. (BMT) is set to launch a number of innovative warship designs at DSEI event in London. BMT reports that its platform designs have enjoyed a number of successes this year, most notably seeing the HMS Queen Elizabeth carrier (QEC) head out of the Firth of Forth and undergo her maiden sea trials, as well as welcoming RFA Tidespring, the first MARS tanker to the U.K. BMT’s VENATOR-110 which combines lean, manned and adaptable capability with the affordable procurement cost and dimensions of a Light Frigate will also feature on the stand. 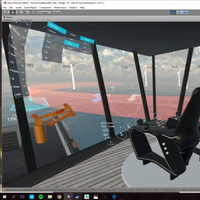 A three-year, €6.5 million ($7.7  million) research project has been launched to address safety and efficiency in Arctic ship operations. Funded by the EU’s Horizon 2020 program, SEDNA sets out to develop a risk-based approach to Arctic navigation, ship design and maritime operations. Recent years have seen a rapid increase in shipping operations in Arctic regions, as ice cover has reduced due to global warming. While this offers the potential to save significantly on voyage times…

Kenny to Take the BMT Helm 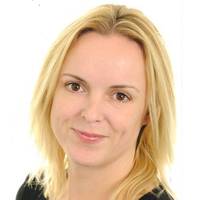 When BMT Group Ltd (BMT) current CEO Peter French retires in September, he will be succeeded by  Sarah Kenny, who joins BMT on August 1. “Sarah is well qualified to take on this role," said BMT’s Chairman, Sir John Hood. "She is ambitious for BMT and her extensive background in the marine and defence industries means she is ideally positioned to ensure that BMT’s research and development roots are cultivated and innovation nurtured. Kenny comes from QinetiQ where most recently she established and led the Maritime, Land & Weapons business as Managing Director, reporting to the Group CEO. 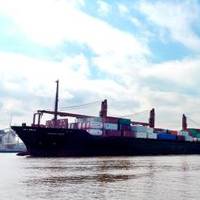 BMT Design & Technology (BMT), a subsidiary of BMT Group Ltd, has announced a collaboration with Lester Franks, to provide a new service which will support ship owners in their response to the International Maritime Organization’s (IMO) ballast water management regulations which come into effect next year. Trevor Dove, BMT Design & Technology’s Maritime Engineering Lead, commented, “The fitting of ballast water treatment systems in existing vessels can prove challenging not only because of their size, but also the complexity involved in integrating with existing systems. 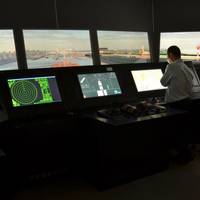 BMT Asia Pacific (BMT), a subsidiary of BMT Group Ltd, has been appointed Owners Engineer and lead design consultant by Endeavor Energy, for the development of the LNG storage and regasification facility as part of the Songon Gas-to-Power Project in Côte d’Ivoire. Songon, a greenfield development, will consist of combined cycle gas to power generation with an integrated fuel solution, featuring purpose-built LNG infrastructure and a floating storage and regasification unit (FSRU). This appointment builds on the successful relationship established with Endeavor last year in developing Africa’s first ever LNG import terminal via Endeavor and GE’s Ghana 1000 Power Project. 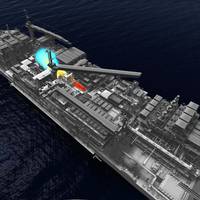 BMT Fluid Mechanics (BMT), a subsidiary of BMT Group Ltd., completed a Computational Fluid Dynamics (CFD) study for an oil major operating offshore Nigeria. BMT reports that its scope of work included an assessment of the current loading to which the FPSO hull is subjected to, which has enabled the oil major to ensure its mooring systems are fit for purpose. “CFD is becoming more commonplace in the oil and gas sector with many customers recognizing it to be an effective tool for solving challenges the industry faces in a less conservative and more efficient manner… 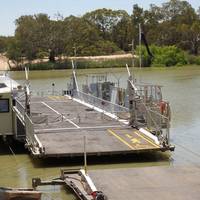 BMT Design & Technology Pty Ltd (BMT), a subsidiary of BMT Group Ltd, has completed a design project for the South Australian Government’s Department of Planning, Transport and Infrastructure (DPTI). Working in partnership with the DPTI, BMT has developed a replacement design for ferries that operate on the River Murray, the third longest navigable river in the world, after the Amazon and Nile. The steel hull, built by local firm Bowhill Engineering, was fit out by the Departments Morgan dockyard. 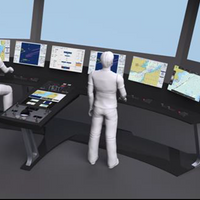 A three-year EU-funded project, CASCADe, has developed new methodologies in which information is shared and displayed on a ship’s bridge, helping to improve efficiency on board and contribute toward the prevention of accidents at sea. Drawing directly from the experience of seafarers, CASCADe has developed a new adaptive bridge design methodology that treats both human agents and electronic equipment as parts of a cooperative system. This allows for the sharing of information to be optimized. In addition, CASCADe has developed a set of adaptive bridge displays. 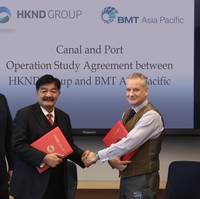 BMT Group Ltd subsidiaries BMT Asia Pacific and BMT ARGOSS have been appointed by Hong Kong Nicaragua Canal Development Group (HKND) to undertake a series of marine and port assessments for the Nicaragua Canal. BMT will assist the development and validation of the canal’s design and operations through a structured framework, the group announced today. “Our study will seek to articulate a solution that minimizes canal excavation while ensuring adequate canal capacity and safety,” commented Dr. Richard D Colwill, Managing Director at BMT Asia Pacific. 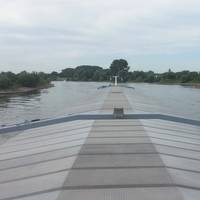 BMT ARGOSS, (BMT) a subsidiary of BMT Group Ltd, has secured a new contract with Dutch-based engineering consultancy, Witteveen+Bos (W+B), to provide specialist knowledge for the new ‘stay overnight’ harbour near Giesbeek, along the IJssel branch of the river Rhine. The new harbour is part of Rijkswaterstaat’s (the Ministry of Infrastructure and the Environment) aim to develop a number of similar resting facilities for inland vessel crews on the river Rhine, the most important inland waterway in Western Europe.

BMT Designers & Planners, Inc. (BMT), an operating company of BMT Group Ltd, an international design, engineering and risk management consultancy, announced it has won a three-year contract to support the U.S. Navy’s environmental and conservation programs. The contract was awarded by the Naval Surface Warfare Center (NSWC), Indian Head Division to provide technical and analytical support for Naval Sea Systems Command (NAVSEA) Laboratory Quality and Accreditation Office (LQAO) and affiliated agencies. Over a three-year period, the contract has a ceiling of about $5,700,000. BMT expects to work on 40-50 projects over the course of the new contract. This contract will cover management and technical support tasks in matters concerning the US Navy environmental and conservation programs. 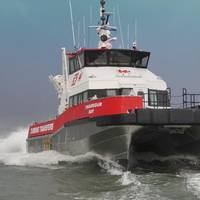 BMT Nigel Gee (BMT), a subsidiary of BMT Group Ltd, and an independent naval architecture and marine engineering design consultancy, is celebrating its latest achievement in securing its 1,000th project which will involve the delivery of detailed production engineering for a ferry machinery conversion. John Bonafoux, Managing Director of BMT Nigel Gee commented, “Reaching our 1,000th project is a massive achievement. Our first ever project seems such a long time ago now, but I still remember it well. 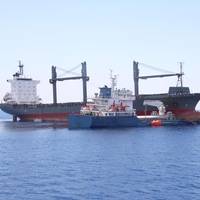 Collisions at sea have always been a major risk for seafarers and while the exact numbers of incidents that take place across the globe each year are hard to quantify, the number is significant. The Marine Accident Investigation Branch (MAIB) reports on average six collisions between merchant vessels in British waters every year and for every collision reported to the appropriate authorities there will be many more near-misses that go unreported. Paul Morter, Business Line Manager…

BMT Asia Pacific (BMT), a subsidiary of BMT Group Ltd, has been appointed Owners Engineer and lead design consultant by Endeavour Energy for the development of the LNG storage and regasification facility, a part of the Ghana 1000 Gas to Power Project and Africa’s first LNG import terminal. Endeavour is co-leading development with General Electric, Eranove and local partners Sage Petroleum with the aim of providing the Ghanian government with Sub Saharan Africa’s largest power park, providing more than 1000MW to the national grid once completed. Excelerate Energy is providing assistance in siting the floating LNG terminal infrastructure…

BMT Isis (BMT), a subsidiary of BMT Group Ltd, has announced that it will provide safety and environmental support for JFD’s five-year contract with the UK Ministry of Defence for the provision of the NATO Submarine Rescue System (NSRS). JFD, which was formed by the merger of James Fisher Defence and Divex in 2014, has been awarded the five-year contract which includes options through to 2023 and encompasses all aspects of operation and through-life-support. The service will be managed by JFD’s Submarine Escape and Rescue team in parallel with existing similar services for Australia and Singapore. Engineering and technical support will be provided by JFD’s Engineering Support Cell.

BMT WBM (BMT), a subsidiary of BMT Group Ltd, has announced that the Hawkesbury-Nepean River and South Creek model, developed for Sydney Water has been awarded the Program Innovation Award at this year’s Australian Water Association’s (AWA) New South Wales (NSW) Awards. BMT developed the TUFLOW FV (estuarine and riverine) component of the model, a core modelling tool which is used in many environmental modelling projects. Sydney Water is Australia's largest water utility, supplying water, wastewater, recycled water and some stormwater services to over 4.6 million people. As part of its operations, Sydney Water releases tertiary treated wastewater from several locations to the Hawkesbury-Nepean River system… 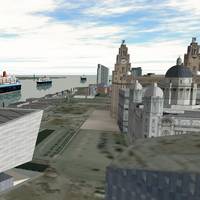 BMT ARGOSS, a subsidiary of BMT Group Ltd, has assisted Liverpool Pilots in its planning for the visit of Queen Elizabeth, Queen Victoria and Queen Mary 2 to Liverpool in May 2015. Liverpool Pilots have used BMT’s ‘REMBRANDT’, real and fast time simulation and training tool to undertake detailed planning of how the three vessels will manoeuvre in close proximity in the River Mersey, at the narrowest point close to the Cunard Building downtown. Cunard's Three Queens will visit the Mersey as part of the celebrations to mark the 175th anniversary of the famous cruise line. 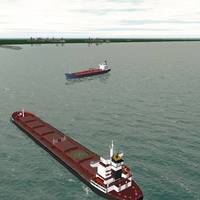 BMT Group Ltd. announced a strong performance for the year to September 30, 2014, a period which saw BMT secure revenues of £165.1 million with underlying operating profits of £10 million, a proportion of which has been distributed to the staff through the company’s profit share schemes. Comprising 24 operating companies, involved in activity across 10 markets in 35 countries, the BMT group said it continues to concentrate on its core maritime-focused offering across the defense, energy, environment and transport sectors. 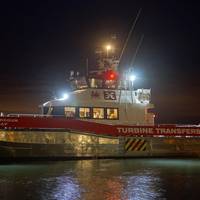