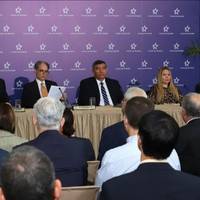 The Panama Canal Authority (ACP) held Tuesday a public hearing on the proposed modifications of its toll structure which culminated the period for receiving inquiries from the industry.The agency of the government of Panama responsible for the operation and management of the Panama Canal recently published a proposal to modify its current tolls structure for the dry bulk, passenger, containership, vehicle carrier and RoRo segments, as well as tankers, chemical tankers, LPG and LNG vessels… 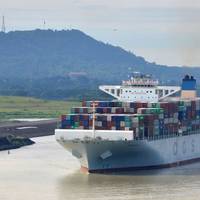 Modifications to the Panama Canal tolls structure have been approved by the Cabinet Council of the Republic of Panama. After a thorough analysis of the current utilization and productivity of the Neopanamax Locks, and after meetings with Panama Canal executives, customers and industry representatives in Europe, Asia and North America, the proposed tolls modifications were officially announced on June 1, 2017. This was followed by a formal consultation period to ensure all interested parties could provide feedback for consideration. 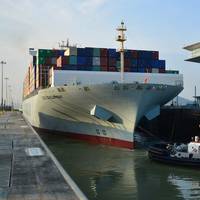 The Panama Canal Authority (ACP) today held a public hearing on its tolls structure modifications proposal. “The modified tolls will safeguard the Canal's competitiveness, charge a fair price for the value of the route and provide a competitive service to the global shipping industry,” said Panama Canal Administrator, Jorge L. Quijano. The hearing follows the conclusion of a 32-day formal consultation period for industry feedback. All comments received both in writing and at the hearing will now be evaluated and analyzed by the Board of Directors… 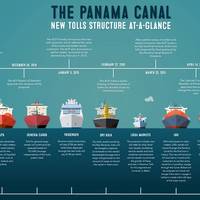 The Cabinet Council of the Republic of Panama has officially approved a proposal to modify the Canal tolls structure, following a recommendation from the Panama Canal Authority (ACP) Board of Directors. The accepted proposal—which modifies the pricing structure for most Canal segments—will better facilitate the Canal’s goal of providing outstanding service and reliability to the global shipping and maritime community while allowing the ACP to safeguard the competitiveness of the waterway.

In accordance with paragraph 3 of Article 18 of the Panama Canal Organic Law, upon recommendation by the ACP Board of Directors, the Cabinet Council of the Republic of Panama approved the following changes in tariffs for selected Transit Related Services: • An increase of 5.9% to the Regular Transit Related Tug Services rates, • an average general increase of 6% in the rates for Linehandling Services, and • other miscellaneous changes to the Tug and Linehandlers rates. These new tariffs will be effective March 1, 2004 and will be available at the following site by no later than January 23, 2004: http://www.pancanal.com/eng/maritime/tariff/index.html.

Following a recommendation from the Board of Directors of the Panama Canal Authority (ACP), the Cabinet Council of the Republic of Panama today approved a new measurement and pricing system for full container vessels and other vessel types with on-deck container carrying capacity. “The bottom line is that we simply closed a loophole that prevented us from charging for containers carried on-deck,” said Administrator/CEO Alberto Alemán Zubieta. “Today, with some ships carrying more containers on-deck than in the ship’s belly, this new system is more equitable, more transparent and will provide the Canal with a fair price. The ACP included in the revised system several recommendations from informal and formal consultations with representatives from maritime associations…

Kuzniecky Inaugurated as Head of Panama Canal Authority Board of Directors

Former Comptroller General Dani Ariel Kuzniecky Barsky officially assumed his new position as chairman of the Panama Canal Authority (ACP) Board of Directors at an inaugural ceremony conducted at the presidential palace last Monday. Among the first duties in his new role, Kuzniecky headed an ACP commission to present the second quarterly expansion report to the National Assembly of Panama. He also presided over the ACP Board of Directors meeting, where the proposal to restructure the Panama Canal's pricing system for the next three years was approved. Following the decision made by the Board, Mr. Kuzniecky submitted the proposal to the Cabinet Council of the Republic of Panama, which later provided final approval on the proposal Wednesday afternoon.

Following a recommendation from the Board of Directors of the Panama Canal Authority (ACP), the Cabinet Council of the Republic of Panama approved the proposal to restructure the Panama Canal's pricing system and certain regulations. On February 2, 2007, the ACP announced its desire to move toward a charge that moves closer to the commercial value of the service and route. After a more than 30-day public consultation period, in which a total of 21 written submissions were received, the ACP conducted a hearing on March 14 where a total of 14 representatives from shipping and government expressed their views. On April 5, in response to industry requests, the proposal was slightly modified: implementation of the new charges, for certain segments, was postponed from May 2007 to July 1, 2007.

The Board of Directors of the Panama Canal Authority (ACP) has published its proposal to restructure the Panama Canal’s pricing system and certain regulations. On February 2, 2007, the ACP announced its desire to move toward a charge that accurately reflects the commercial value of the service and route. After a 30-day public consultation period, the ACP conducted a hearing on March 14. The proposal announced today has been slightly modified from the February proposal: At the request of the industry, implementation of the new charges, for certain segments, has been postponed from May 2007 to July 2007. These segments include: general cargo, dry bulk, tankers, and vehicle carriers.

The Panama Canal Authority (ACP) held a public hearing in the Ascanio Arosemena Auditorium in Balboa, Panama, on its proposal to restructure the Panama Canal’s pricing system and certain regulations. Fourteen representatives from shipping and government participated in this opportunity to express their views. available to all interested parties. and Spanish, from individuals and groups. customers and the maritime industry to listen and receive their inputs. Panama Canal and its role in the global supply chain grow. Shippers moving goods from the U.S. Coast of South America to the U.S. alternative routes. the Panama Canal has significantly increased its value to its users. approval in the coming weeks.