The GEF-UNDP-IMO GloFouling Partnerships project has concluded its inaugural Research and Development Forum and Exhibition on Biofouling Management, in Melbourne, Australia (1 to 4 October).Bringing together experts, regulators and industry representatives to discuss the latest advances in research, regulations and technologies related to marine biofouling across all maritime sectors, this is set to become the project’s biennial “signature event”.Over 170 participants and 40 speakers took part in a program that focused on how biofouling affects different maritime industries…

Vessel operators calling at California ports are reminded of the state’s new biofouling management regulations and reporting requirements under its Marine Invasive Species Program 2018, said GARD. The state of California is known for its enforcement of stringent environmental regulations. In addition to complying with stricter air emission requirements under the California Ocean-going Vessel (OGV) Fuel Regulation, vessels calling at California ports must also comply with regulations for ballast water discharges and biofouling enforced under the state’s Marine Invasive Species Program. 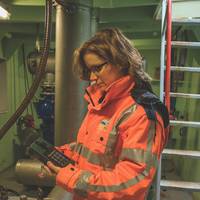 We are quickly approaching September 8, 2017, the date when the International Ballast Water Convention will enter into force requiring ships to manage their ballast water using methods to remove or render harmless organisms contained within their ballast water. This is in an effort to halt the spread of invasive species that have crippled many local ecosystems, both monetarily and environmentally, in some cases causing irreparable damage. In the U.S., the regulations are already in place. Recently, the U.S.

The California State Lands Commission (CSL) has promulgated a letter to clarify its interpretation of existing ballast water requirements under the California's Marine Invasive Species Act (MISA) informs the UK P&I Club. In its letter, California recognizes that in certain limited circumstances under federal law a vessel may not be required to deviate or incur delay in order to conduct a ballast water exchange. However, CSL explains that MISA does not provide for any exemption based on deviation or voyage delay.

California State Lands Commission has passed Senate Bill (SB) 814, which will become effective on January 1, 2014. Among its provisions, SB 814 amends Public Resources Code section 71205.3 and delays implementation of the interim performance standards for two years. NB: this delay does not apply to the implementation of the final discharge standard of zero detectable living organisms for all size classes by January 1, 2020. On June 21, 2013, the California State Lands Commission approved a report to the California Legislature recommending a delay in the implementation of California's interim performance standards for the discharge of ballast water. The recommendation was based on the lack of advisable treatment technologies to comply with all of California's standards.

Installation or use of an USCG accepted Alternative Management Systems (AMS) does not waive a vessel's requirement to meet the California Code of Regulations ballast discharge performance standards. In accordance with the California Public Resource Code and California Code of Regulations, vessels may manage ballast water using an alternative, environmentally sound method approved by the California State Lands Commission or the USCG as being at least as effective as ballast water exchange, using mid-ocean waters, in eliminating nonindigenous species. As any USCG accepted AMS must demonstrate efficacy at least as effective as mid-ocean exchange… 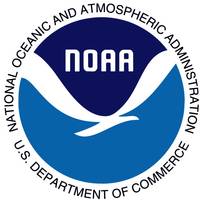 Final Restoration Plan Completed for Cosco Busan Oil Spill; Projects will Address Impacts from Ship that Struck the Bay Bridge. State and federal trustee agencies have released the Cosco Busan Oil Spill Final Damage Assessment and Restoration Plan. The document summarizes the injuries to wildlife, habitat, and recreational uses from the oil spill that occurred on Nov. 7, 2007. It also describes a number of restoration projects that will be implemented to compensate for injuries from the spill. 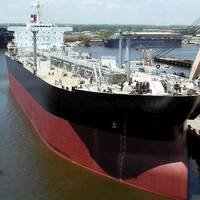 The California State Lands Commission (CSLC) will conduct a business meeting in Sacramento on March 25.  Among the items on the calendar is a request for authority to enter into a contract to support vessel modifications and conduct shipboard ballast water treatment research.  The plan calls for the CSLC to contribute $100,000 toward a $700,000 effort to install an experimental ballast water treatment system on the California Maritime Academy (CMA) training ship GOLDEN BEAR and conduct beta testing and calibration.  Calendar Item C76 (Source: HK Law).

The California State Lands Commission (SLC) issued a Letter to Interested Parties stating that the ballast water fee for vessels arriving in California will be increased from $200 to $500 per qualifying voyage, effective February 1, 2004. The SLC also issued the text of the Emergency Regulation effecting the change. Looks like a Schwarzenegger Special to me. (Source: HK Law)

The California State Lands Commission (SLC) is sponsoring Prevention First 2002 , an onshore and offshore pollution prevention symposium and technology exhibition in Long Beach on September 10-11, 2002. Topics are expected to include issues such as human factors and ballast water management.

The California State Lands Commission (SLC) issued a Notice of Proposed Regulatory Action relating to management of ballast water on ships of 300 gross registered tons or more arriving in California after having taken on ballast water from places within the Pacific Coast Region. The Pacific Coast Region is defined as coastal waters on the Pacific Coast of North America east of 154°W longitude and north of 25°N latitude, exclusive of the Gulf of California. While several alternatives are provided for, the major ballast water management measure proposed is the exchange of the ship’s ballast water in near-coastal waters (waters that are more than 50 nautical miles from land and at least 200 meters deep). Under the proposal, the SLC would assess a per voyage fee of $500.

The California State Lands Commission issued a notice stating that it is preparing a draft environmental impact report regarding a proposal to install and maintain a fiber optic cable from San Luis Obispo to Hawaii and Asia. A public scoping meeting will be held in San Luis Obispo on November 27. Written comments should be submitted by December 6. Source: HK Law

The California State Lands Commission issued a Notice of Proposed Regulatory Action that would, if adopted, establish performance standards for the discharge of ballast water for vessels operating in California waters. The Proposed Regulations were released separately, along with the Initial Statement of Reasons. Comments on the proposal should be submitted by June 6. Review of the proposed performance standards causes one to despair for the art of the feasible. Source: HK Law

Critics of a proposed floating liquefied natural gas terminal off the Ventura Coast outnumbered supporters by more than 2-1 during a public hearing in Malibu. More than 60 people spoke at the hearing. Officials with the California State Lands Commission and U.S Coast Guard were taking public comments on a draft environmental impact report released last month on BHP Billiton"s proposed Cabrillo Port facility. The terminal would sit 13.8 miles off the Ventura County coast where LNG would be converted to natural gas and piped ashore. Those opposing the plan argue that the LNG terminal would worsen air pollution, hurt marine wildlife, threaten security and lower Malibu"s pricey real estate values. Many called for more emphasis on conservation and renewable energy sources.

The California State Lands Commission (SLC) issued a Letter to Shipping Agents stating that, effective March 22, it will commence enforcement of new Ballast Water Management Regulations. The new regulations apply to vessels arriving in California carrying ballast water from another port or place within the Pacific Coast Region. These regulations supplement current regulations that apply to vessels arriving in California from ports or places outside the Pacific Coast Region. Source: HK Law

The California State Lands Commission (SLC) released its Report on Performance Standards for Ballast Water Discharges in California Waters . The report and its accompanying Appendix recommend that the state adopt stringent performance standards and a phased implementation schedule based on the ballast capacity of the vessel and whether it is an existing vessel or new construction. The report recommends interim standards (based largely on the size of the organism) and a long-term standard of ballast water containing no detectable living or culturable organisms. These proposals exceed the standards currently envisioned by the IMO or by pending legislation in the U.S. Congress. The Appendix states that existing technologies are capable of achieving the recommended standards.

the recovery of oil from the sunken vessel S/S JACOB LUCKENBACH. award at the annual meeting of the Task Force in Honolulu July 22. response resulting in enhanced environmental protection. partnerships and involve the public are favored. Columbia, Washington, Oregon, California, and Hawaii. 2003 Award. southwest of the Golden Gate Bridge, in 175 feet of water. last two decades. Response, and the California State Lands Commission. contract with the U.S. Coast Guard. the oil inside a tank, and pump the oil to the surface. minimal risk of oil release. The difficult and often dangerous work continued for four months. worldwide. sensitive wildlife will be protected from exposure to oil spills. others in industry, government, and the public to emulate.