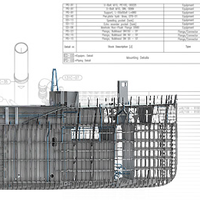 Shipbuilding software solutions developer SSI says it plans to capitalize on the resurgence of Turkish shipbuilding.The Candian based company announced it has contracted Entech & Semar to be an authorized reseller of its ShipConstructor and EnterprisePlatform software.Entech & Semar will add sales and support of SSI software to its range of ship services and engineering solutions, including ship machinery and spare part sales, maintenance services and engineering.Such a diversity of offerings fits with the diverse nature of Turkish shipbuilding… 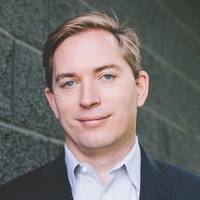 SSI CEO Darren Larkins, together with President & CTO Denis Morais, acquired ownership of the shipbuilding software development company from founder Rolf Oetter effective March 1, 2018. The two longtime employees have been managing SSI for the past seven years and have been entrenched in all aspects of the company’s day-to-day operations for even longer. Larkins, SSI’s fifth employee in 1999, said that through the years he and Morais have done “pretty much everything that SSI does at some point.” He added… 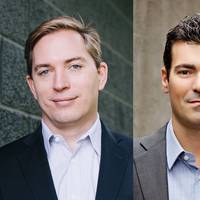 As of March 1, 2018, CEO Darren Larkins and President & CTO Denis Morais have acquired ownership of the shipbuilding software development company SSI from the company’s founder Rolf Oetter.   Larkins and Morais have been managing SSI for the past seven years while Oetter has focused on other initiatives.

ARCOS Innovations Inc. is a new joint venture founded by members of SSI leadership and a senior SSI reseller with expertise in the implementation and development of enterprise systems for shipbuilding and offshore. The mission of ARCOS is to help customers solve key business challenges faced in shipbuilding through a combination of shipbuilding and technology expertise. Through partnerships with ARAS Corp. and SSI, ARCOS can deliver and implement technologies to the shipbuilding industry, including the Aras Innovator PLM platform and the SSI EnterprisePlatform engineering content hub. According to SSI, ARCOS is committed to, and has selected technology partners to allow, the agile implementation of solutions to shipbuilding specific business challenges.

Australian defense contractor BAE Systems Australia has recently made an investment in a broad range of SSI software and services. BAE has purchased new ShipConstructor software seats and Subscriptions while also investing in software license rentals under SSI’s flexible pay as you go model. Included as part of BAE’s investment were upgrades to its SSI ShipConstructor Workshare software to allow the company to distribute CAD/CAM work across multiple locations. BAE will also be implementing SSI’s innovative information sharing application called EnterprisePlatform PublisherLT which will allow BAE to streamline its engineering processes. BAE realized that to maximize the value of its software, proper staff training was essential.

SSI CEO to Present at KORMARINE

SSI CEO Darren Larkins continues to consult with shipbuilders around the globe on how to leverage 3D Product Data Models using Autodesk technology. His next presentation on 3D Product Data Models will be October 22 at the shipbuilding and offshore show KORMARINE in Busan. Larkins will demonstrate the shortcomings of traditional methods such as using drawings, Excel files and supplementary 3D viewers, and will highlight how a better approach utilizes neutral formats and platformization. For more than 13 years Larkins has met with shipbuilders around the world, developing an understanding of industry challenges and global best practices.

SSI informs it will showcase the latest versions of its CAD/CAM software, ShipConstructor and EnterprisePlatform, at Nor-Shipping 2015, June 2-5. SSI CEO Darren Larkins will be in attendance along with SSI representatives Nick Danese of NDAR and Pedro Antunes of Vera Navis. 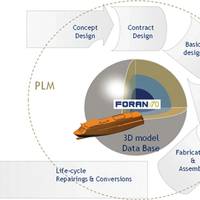 Ship Constructor, Military pose some challenges. Madrid’s Sener Ingeniería y Sistemas S.A. (Sener) is hoping to regain a foothold via its FORAN CAD/CAM software in the North American market, and to use that opening to crack the Big Six military shipyards, landing at least one lucrative long-term contract. But first, it’s going to have get past its chief competition on these shores, Vancouver-based SSI’s ShipConstructor software, CATIA from Dassault Systèmes of France, and Nupas-Cadmatic, jointly owned by Numeriek Centrum Groningen B.V. of the Netherlands and Cadmatic Oy of Finland. 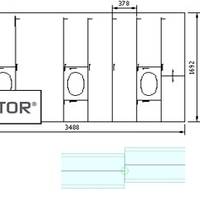 ShipConstructor 2014 R2.1, released from SSI, has been specifically designed to rapidly respond to emerging trends in ship design and engineering as identified by SSI's new Client Council program, the company said. "Both technology and industry requirements are evolving quickly so our clients continually need to adapt," explained SSI CTO Denis Morais. "SSI's Client Council program has been designed to address this by having focus groups of similar clients propose new features that SSI can quickly incorporate into our software. 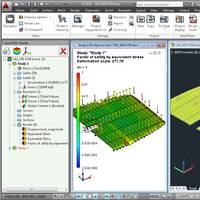 SSI has written a new paper about how the shipbuilding industry can leverage engineering information to increase productivity and quality in the design office as well as in the shipyard. The paper, Leveraging Engineering Information, written by Denis Morais, Mark Waldie and Darren Larkins, will be presented at the May 12-14, 2014 Conference on Computer Applications and Information Technology in the Maritime Industries (COMPIT), held at Redworth, U.K. The paper ties together the topics of several recent posts on the Waveform blog written by SSI CTO Denis Morais. 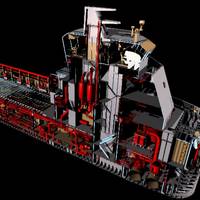 In collaboration with Autodesk, SSI said its dealer in the Benelux, CADMatch, has organized CADMatch Maritime Day for Thursday April 3, 2014, in Oosterhout, NB. This event is a seminar on concurrent engineering. SSI CEO Darren Larkins will be a guest speaker at the conference and he will discuss best practices for implementing this engineering method using SSI's Autodesk based ShipConstructor solution. The realities of engineering and designing marine projects today make the ability to perform concurrent engineering a competitive requirement.

From ShipConstructor to SSI 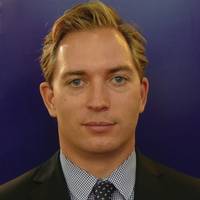 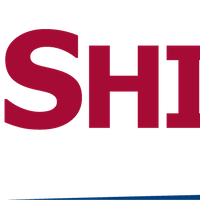 ShipConstructor Software Inc. (SSI) is collaborating with Cloudis to develop an interface to the Cloudis CMPIC Cable Management Application. This development is consistent with SSI’s best-of-breed approach to providing comprehensive solutions composed of the best products for a particular client. Cloudis provides complementary value to ShipConstructor’s 3D Autodesk based CAD/CAM suite with CMPIC’s industry leading capabilities that cover all aspects of cable management from design through to installation.

ShipConstructor Software Inc. (SSI) is collaborating with Cloudis to develop an interface to the Cloudis CMPIC Cable Management Application. This development is consistent with SSI’s best-of-breed approach to providing comprehensive solutions composed of the best products for a particular client. Cloudis provides complementary value to ShipConstructor’s 3D Autodesk based  CAD/CAM suite with CMPIC’s industry leading capabilities that cover all aspects of cable management from design through to installation. SSI CEO Darren Larkins says, “Cloudis has focused on delivering best in class cable management software. Partnering with Cloudis allows SSI to leverage CMPIC capabilities whilst employing our modelling and clash detection strengths to  create the cable supports…

ShipConstructor Software Inc. (SSI) congratulates Seaspan and Irving on being awarded contracts under the Canadian Government’s National Shipbuilding Procurement strategy. “As a supporter of the revitalization of the Canadian Navy, Coast Guard and the country’s shipbuilding industry in general, SSI believes that the award of these contracts is significant to the entire nation,” said CEO Darren Larkins. Thousands of direct jobs will be created as a result of these awards and many ancillary companies in the marine related industry stand to benefit as well. SSI looks forward to the revitalization of the Canadian fleet. 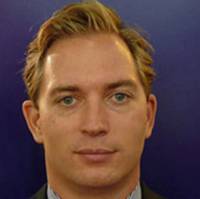 ShipConstructor Software Promoted Darren Larkins to the position of Chief Executive Officer. Larkins combines over 10 years experience in the development, marketing, sales and implementation of marine systems with the knowledge gained from onsite visits to shipbuilders and offshore experts in over 15 countries. He was instrumental in the development of the patent-pending DDROM technology now at the core of the company’s software. Larkins has played a lead role in the US National… 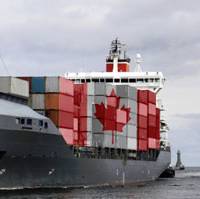 Standardization on a common technology platform is a key component in creating a sustainable Canadian shipbuilding industry according to a submission to the Federal Government from ShipConstructor Software Inc. (SSI). To augment the work available under the Canadian Government’s proposed 30-year procurement plan and to facilitate sustainability into the future, domestic shipbuilders will most likely also have to export to the global commercial market. To effectively compete, this will require Canadian shipbuilders implement worldwide best practices and have access to a trained workforce. 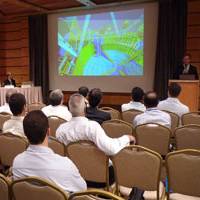 ShipConstructor Software Inc. in conjunction with its local affiliate, Sincronia, has delivered a presentation to members of the Brazilian shipbuilding and offshore industry regarding best practices in detail design. Representatives from Petrobras, Sinaval, ABIMAQ, the Brazilian Navy and UTC Engenharia were in attendance while officials from software, design and shipbuilding firms such as FormSys, INACE, Guido Perla and Estaliero Atlântico Sul (EAS) also shared their experiences working with ShipConstructor's technology. 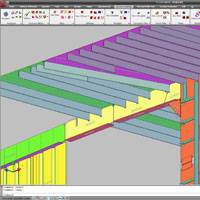 ShipConstructor Software Inc. (SSI) announced the release of the R4 version of ShipConstructor 2008, an AutoCAD-based ship production design software. In addition to many production-focused improvements, the new version includes an enhanced user environment thanks to AutoCAD 2009 compatibility. “We have introduced changes in key areas including pipe spool drawings, pipe bending output, and production output display options. The new Weld Catalog is a precursor to the ShipConstructor Weld module to be released in Quarter 2 of 2009…