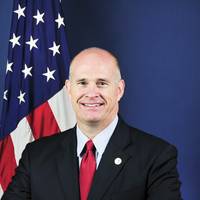 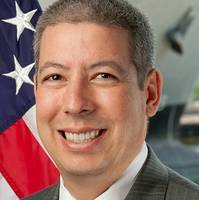 David Matsuda, the U.S. Maritime Administrator, announced that he is stepping down. In a statement released by Marad spokesperson Kim Strong, Matsuda's career highlights and accomplishments were also listed. "Matsuda, who previously worked as the primary transportation counsel to Sen. Frank Lautenberg, was responsible for overseeing more than $1 billion in federal assistance to modernize over 100 of America's small shipyards, upgrade 25 U.S. ports, and build new vessels in the U.S.

The U.S. Department of Transportation’s Maritime Administrator David Matsuda attended a ground breaking ceremony today for the Green Port Gateway,  a major port-to-rail infrastructure expansion project that will help reduce congestion and improve the environment near the Port of Long Beach by shifting more cargo from trucks to trains. The project was funded in part by a $17 million TIGER (Transportation Investment Generating Economic Recovery) grant. “Ports are critical for our country’s economic growth and success,” said U.S. Transportation Secretary Ray LaHood. When completed, the $83.5 million infrastructure investment project will…

The U.S. Department of Transportation’s Maritime Administrator David Matsuda toured the site of a planned marine cargo dock at the Port of Brownsville that will help transform this vital port into a hub for international trade. The proposed infrastructure improvements are being made possible, in part, through a $12 million TIGER (Transportation Investment Generating Economic Recovery) discretionary grant from the U.S. Department of Transportation (DOT). Administrator Matsuda was joined on his tour by Congressman Filemon Vela, Port Director Eduardo A. Campirano and state officials.

Overall U.S. maritime cargo volumes in the Great Lakes region are recovering from extreme lows experienced in 2009 finds a MARAD study. The U.S. Department of Transportation’s Maritime Administration (MARAD) report 'Status of the U.S.-Flag Great Lakes Water Transportation Industry', finds that the U.S. Great Lakes maritime industry is generally healthy, providing efficient, safe and environmentally friendly transportation services. It continues to be competitive with railways and trucks and, supported by responsible regulation and infrastructure maintenance, will remain an essential part of the regional and national economies. “This study shows that the recovery happening in communities all across the country is also happening right here in the Great Lakes…

Construction begins on a $50-million project to improve the Port of Guam. The port improvement project will add ten acres to the container and break bulk yards, and reconfigure the port and the entrance gate for more rapid, efficient and secure freight movements. The construction work is scheduled to last two years. Along with other ongoing investments, the port modernization will meet the needs of an expanding military presence on Guam, as well as the island’s commercial growth for decades to come.The project is administered by the Maritime Administration (MARAD) of the Department of Transportation on behalf of the Department of Defense (DOD). 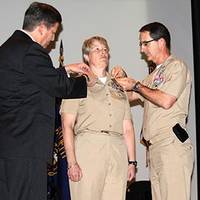 Rear Admiral Susan L. Dunlap commissioned into the United States Maritime Service by Deputy Secretary of Transportation John Porcari. The ceremony was conducted in the presence of administration, faculty, staff and the Regiment of Midshipmen. Maritime Administrator David Matsuda also attended the commissioning ceremony along with Marlise Streitmatter, chief of staff for the Department of Transportation. "We're thrilled to welcome Captain Dunlap on-board to help continue the important work of training and preparing the next generation of Merchant Mariners," said deputy secretary Porcari. 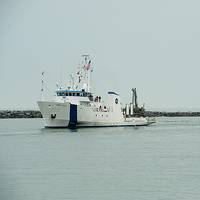 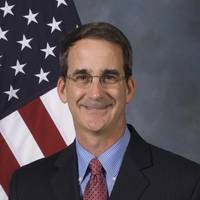 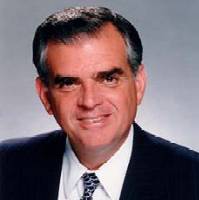 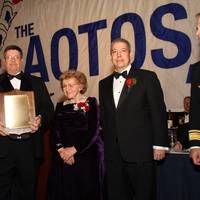 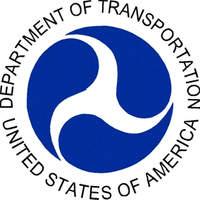 With the departure of the Sperry, the 26th obsolete vessel removed from Suisun Bay, the U.S. Maritime Administration has surpassed by six ships the number of obsolete vessels it agreed in 2009 to remove, Maritime Administrator David Matsuda announced today. The disposal schedule called for 20 ships to be permanently removed from the Suisun Bay Reserve Fleet and a total of 25 ships to be cleaned in dry dock by September 30, 2011. “Two years ago we promised to get rid of the obsolete ships that posed a threat to the surrounding environment,” said Transportation Secretary Ray LaHood.

The heroism of merchant mariners who evacuated hundreds of thousands of people from Lower Manhattan after the Sept. 11, 2001 terrorist attacks is featured in a new video released today by the U.S. Department of Transportation’s Maritime Administration. “Rescue at Water’s Edge,” includes interviews with vessel operators, emergency responders and passengers. “The story of merchant mariners coming to the aid of those in need on September 11, 2001 is an inspiring one,” said U.S. Transportation Secretary Ray LaHood. More than 300,000 people were evacuated by water from lower Manhattan after the terrorist attacks in the largest unplanned water evacuation in the history of the United States.

U.S. Secretary of Transportation Ray LaHood today announced the appointment of 29 members to the new Marine Transportation System National Advisory Council (MTSNAC), established to advise the Department on matters relating to marine transportation. “Shifting some of our freight from the highways to open inland waterways is a fuel-efficient, cost-effective way to move goods and reduce roadway congestion,” said Secretary LaHood. The Department will task the MTSNAC with developing recommendations on establishing new marine highway services and port infrastructure development, among other issues. “The experience brought to bear by this diverse panel is impressive,” said Maritime Administrator David Matsuda. “These maritime experts have a lot to contribute.

U.S. Transportation Secretary Ray LaHood today announced $9.98 million in grants to 13 small shipyards throughout the United States to help modernize facilities, increase productivity, and help make the country’s small shipyards more competitive in the global marketplace. Over 50,000 Americans are employed by small shipyards in more than 30 states. The facilities vary in size, from family-owned businesses employing a few dozen workers to state-of-the-art facilities with hundreds of employees. “These grants will help improve our ability to build and repair ships in the United States, strengthening our economy and helping position these small businesses and shipyard workers to be better prepared to win the future,” said Secretary LaHood.

(Source: U.S. A report released yesterday from the U.S. Maritime Administration shows more ships are stopping at U.S. ports. The stops, or vessel calls, rebounded by 13 percent in 2010, after an eight percent decline in 2009. Oceangoing vessel calls reflect waterborne trade between the United States and countries around the world, and are a measure of import, export and domestic ocean shipments. “Although challenges remain, this encouraging rebound in oceangoing vessels is a sign that President Obama's economic policies are working," said U.S. Transportation Secretary Ray LaHood. The 2010 Vessel Calls Snapshot report contains data on calls by oceangoing vessels at U.S. ports. In 2010, 7,579 oceangoing vessels made 62,747 calls at U.S. ports. 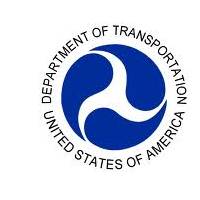 On Thursday, May 19, 2011 at 10:00 a.m., as part of the U.S. Department of Transportation’s National Maritime Day observance, U.S. Maritime Administrator David Matsuda will award six posthumous Merchant Marine Medals to the family of Richard Oliver Kelleher, a merchant marine who was killed during World War II. Matsuda will present the medals to Richard Kelleher’s brother, Herb Kelleher, founder of Southwest Airlines. Established by Congress in 1933, National Maritime Day is Sunday, May 22, and honors the contributions of the American merchant marine. It is a day set aside to observe the nation’s maritime heritage and recognize the industry’s contributions to the nation’s economic and national security. Who:        U.S. When:        10:00 a.m. U.S. Source: U.S. 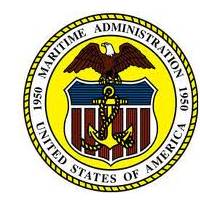 On Friday, Feb. 18, at 10:00 a.m. PST, U.S. Maritime Administrator David Matsuda will join Congressman George Miller and state and local officials in a ribbon-cutting ceremony officially opening the first ship recycling facility on the West Coast. Allied Defense Recycling is expecting to bring more than 100 jobs to the community. The new facility will increase overall domestic capacity for ship recycling and help expedite the cleanup of the Suisun Bay Reserve Fleet. Following the ribbon-cutting ceremony, Administrator Matsuda will travel to Alameda where, at 4:00 p.m., he will present the Administrator’s Professional Ship Award to the captain and crew of the Cape Jacob for supporting sealift operations in the Far East and Middle East. When:           Friday, Feb. 10:00 a.m.

The U.S. Department of Transportation’s Maritime Administration announced that it has awarded two contracts for a total of $3.1m to Allied Defense Recycling of Petaluma, Calif., to clean and recycle two Suisun Bay Reserve Fleet ships, the SS Solon Turman and the SS President. The two ships are scheduled to be towed from Suisun Bay to the former Mare Island Naval Shipyard facility in for recycling in December. “The Obama Administration is running full-speed ahead in its commitment to cleaning up the Suisun Bay Reserve Fleet,” said U.S. Transportation Secretary Ray LaHood. In October 2009, the Obama Administration called for expedited cleanup of the fleet site and improved protection of the unique marine environment and surrounding bayside communities…