Russian oil and gas giant Rosneft has signed a contract with India’s largest fuel retailer Indian Oil Corporation (IOC) for supply of 2 million tonne (MT) crude oil to India by end 2020.The Moscow-headquartered integrated energy company said in a press release that the oil will be shipped to the refiner via the port of Novorossiysk.The signing took place during the visit of the Chief Executive Officer of Rosneft Igor Sechin to New Delhi. During this visit, a working meeting was also held with Dharmendra Pradhan…

Saudi Arabia, one of the world's top oil exporters, called on global oil buyers to secure their energy shipments passing through the Strait of Hormuz, Energy Minister Khalid al-Falih said on Thursday."We, of course, call on the international community and have discussions with my counterpart Minister Pradhan today that India also needs to do its part of securing free navigation of sea links transporting energy to the rest of the world," al-Falih told Reuters after meeting with India's Petroleum Minister Dharmendra Pradhan.Concerns of disruptions in the Strait of Hormuz, where about 20% of global supply is transported daily, have increased after the Iranian Revolutionary Guards seized the British-flagged oil tanker Stena Impero in the waterway on Friday in apparent retaliation for the Briti 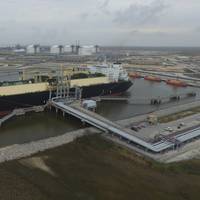 India to Buy $1 Billion of US Crude Oil 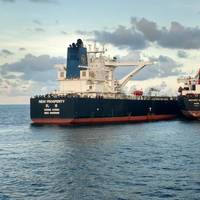 Following Indianan Prime Minister Narendra Modi’s June 2017 visit to the U.S., where President Donald Trump and PM Modi agreed to deepen the energy engagement between the two countries, India oil companies have started the process of procuring crude oil from the U.S. Now six weeks after the visit, the first orders for $1 billion of crude are being placed. Two Indian oil giants, Indian Oil Corporation and Bharat Petroleum, have already taken delivery of the first 2 million barrels that have shipped from ports in Texas and Louisiana.

India plans to double its LNG import capacity in one year to augment gas based transport systems. The country will seek help from Russia and the US to make such ambitious plan possible. India plans to more than double its liquefied natural gas (LNG) annual import capacity to 50 million tonnes in the next few years, PTI reports quoting Petroleum Minister Dharmendra Pradhan. "We currently have LNG import and regassification capacity of 21 million tonnes. The minister said that as part of the strategy to move towards a gas-based economy…

India Teams up with Japan, South Korea on LNG

India plans to form an alliance with Japan and South Korea to buy liquefied natural gas (LNG) at "reasonable prices", the country's oil minister Dharmendra Pradhan said. India may soon rope China into the alliance as well, he said. A Reuter report quoted Dharmendra as saying: "For the next two to three decades, gas is going to be a major part of the energy basket for Asian energy consumers. State-owned GAIL Ltd is spearheading the talks, which follow a similar attempt in 2013, on India's behalf. Natural gas currently accounts for about 8 percent of India's overall energy mix.

Indian Petroleum Minister Minister Dharmendra Pradhan says India has expressed interest in setting up an LNG terminal at Chahabar port in Iran to ship back home natural gas from Persian Gulf nation, reports PTI. India is ready to invest $20 billion in the development of Iran’s Chabahar port and has requested it to allocate adequate land in the Chabahar Special Economic Zone (SEZ), state-run Oil and Natural Gas Corp (ONGC) said in a statement. "Dharmendra Pradhan conveyed to the…

India to Develop Port in Bangladesh

India is planning to establish a port in Bangladesh, says the Minister for Shipping, Nitin Gadkari. A high-level committee will be sent to the neighbouring country in this regard. "A shipping ministry delegation led by a joint secretary will visit Bangladesh next week to study the site and prepare a detailed project report," he said. A final decision will be taken after the recommendations from the committee, and investment proposals will be finalised only after that. However, a senior official said the proposal is to set up a port at Payra in Bangladesh and a detailed project report is ready.

GTT grants a License Agreement to Cochin Shipyard Ltd. GTT (Gaztransport & Technigaz) announced it has granted a License Agreement to Cochin Shipyard Ltd. (CSL) for the construction of LNG carriers using GTT's membrane containment systems. CSL, the first Indian shipyard to be licensed by GTT, received this license after completing the GTT qualification process including membrane tank mock-up installation. Commodore K Subramaniam, Chairman and Managing Director of CSL, declared, "Obtaining this technology has made a significant positive change to the technical competence and stature of this yard. Going forward, we feel that this technology would help the yard to tap the huge shipbuilding prospects in the LNG vessel segment.

Indian police have won court approval to hold five company officials for 72 hours as they investigate an alleged scam to steal documents from the oil ministry to sell to consultants and private companies. The officials from Reliance Industries, Essar , Cairn India, Jubilant Energy and Reliance Power were arrested on Friday along with seven other people, Ravindra Yadav, Additional Commissioner of Delhi Police, told Reuters on Saturday. One of the arrested people is former journalist Santanu Saikia, who now runs websites about the oil, power and fertiliser sectors.

Gail India Ltd has scrapped a tender that would have led to the construction of three massive liquefied natural gas (LNG) carriers at Indian shipyards. After postponing tender deadline thrice and also one year later, state-owned gas utility GAIL India Ltd has not found any bidder for its USD 7 billion tender to hire newly-built LNG ships to ferry gas from the US. GAIL's tender to hire nine newly-built liquefied natural gas (LNG) tankers drew a blank due to the government's condition of building a third of the ships in India, officials said.

The state-owned gas utility GAIL (India) has postponed the tender date for its $7.6 billion newly built LNG ships for the third time as it did find any takers. The company first postponed the last date of bidding from October 30 to December 4 and then to January 6. Today it put it off till February 17, according to a notice issued by GAIL. This is because the PSU firm is not able to get responses from international shipbuilders, given the condition that they should lend their technology to Indian firms.

GAIL (India) Limited deeply mourns the tragic loss of life and property in the unfortunate incident along the natural gas pipeline of the company at Tatipaka in East Godavari district of Andhra Pradesh yesterday. The company is working closely with district authorities to provide immediate relief and rehabilitation to the affected people. Sixteen people died in the incident and 17 others, who were injured, are being treated in four hospitals in the vicinity.In addition to the compensation from Prime Minister and Chief Minister’s Relief Funds…

Fire at Tatipaka-Lanco Pipeline of GAIL in K.G. Basin

A fire broke out early today along a natural gas pipeline of GAIL (India) Limited at Tatipaka in East Godavari district of Andhra Pradesh. Fifteen casualties have happened and eighteen injured are being treated in four hospitals in the vicinity. The fire started at around 5:45 AM today along the Tatipaka – Lanco natural gas pipeline, approximately 50 metres from ONGC’s Tatipaka terminal and about 500 metres from the GAIL terminal. GAIL’s Crisis Management system was invoked immediately; about eight fire tenders were pressed into service and the fire was brought under control at around 7:00 AM.