Drillship to Be Converted for Subsea Mining 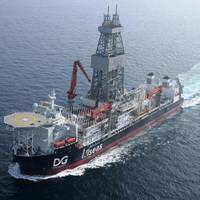 Swiss-based offshore contractor Allseas said it has acquired an ultra-deepwater drillship for conversion to a polymetallic nodule collection vessel.In partnership with deep sea mining company DeepGreen Metals Inc., Allseas is developing a deep-sea mineral collection system to recover polymetallic nodules from the ocean floor and transfer them to the surface for transportation to shore. The nodules contain high grades of nickel, manganese, copper and cobalt—key metals required… 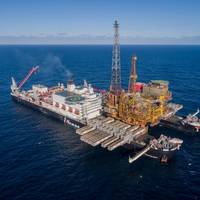 Swiss offshore services firm Allseas is planning to build a vessel big enough to be able to remove the world's largest oil and gas platforms when they reach the end of their production lives, its chief executive said. The vessel, to be called Amazing Grace, is designed to remove the heaviest platforms in a single lift and could reduce decommissioning costs for global oil and gas producers, the firm said. It would be a bigger version of Allseas' existing Pioneering Spirit ship… 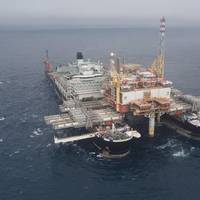 It was the biggest assignment Bosch Rexroth in Boxtel had ever faced, and it took more than two years to carry it out. But they seized with both hands the opportunity to research and supply the hydraulic components and associated local controls for the innovative lifting system on board the Pioneering Spirit, conceived and developed by Allseas. The request came from Allseas, an offshore specialist, or in fact from founder and owner Edward Heerema. A specially designed ship to lift entire offshore platforms off their piles in a single movement…

Jewish groups in the Netherlands and Britain have reacted with rage and despair at the arrival in Rotterdam of the world's biggest ship, the Pieter Schelte, named after a Dutch officer in the Waffen-SS. The Pieter Schelte, which is so big it can lift oil rigs out of the water, is docked in Rotterdam after being constructed at the Daewoo Shipbuilding and Marine Engineering shipyard in South Korea. A statement from Jonathan Arkush, the vice-president of the Board of Deputies of British Jews… 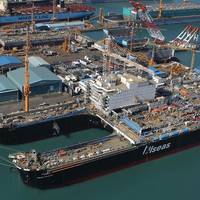 In a word, Pieter Schelte is BIG. Founded in 1985, Swiss-based Allseas Group S.A. is specialized in offshore pipeline installation and subsea construction. The company employs more than 2,500 people worldwide and operates a fleet of specialized, in-house designed and developed pipelay and support vessels. The company is known for its daring and imagination in ship design and technological innovation. The newest Allseas vessel, Pieter Schelte, is a huge ship, composed of two super-tanker hulls connected by a wide central work platform or slot, much like a catamaran.