Norway-based shipowner Flex LNG announced that it has entered into a new time charter with the Spanish utility Endesa for the vessel Flex Ranger.Endesa is a leading company in the Spanish electricity sector and the second largest operator in the Portuguese market as well as a subsidiary of Enel Group.The firm period under the new time charter is 12 months and will commence in direct continuation of an existing time charter with Enel which expires on or about June 2020, said a… 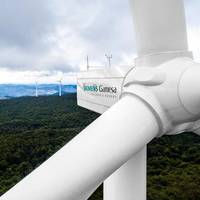 German conglomerate Siemens AG said it will spin off and give up its majority stake in its energy division and merge it with separately listed wind turbine supplier Siemens Gamesa Renewable Energy (SGRE), creating a new multi-technology global energy powerhouse. The company’s supervisory board announced the spinoff on May 7 as part of its Vision 2020+ strategy concept. The board said the move would help Germany-based Siemens meet medium-term growth and profit targets by “clearly… 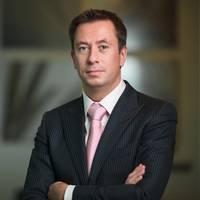 Liquefied Petroleum Gas, long a niche product used by the poor to cook and the rich to barbecue, has become a rare bright spot amid a broad commodities rout, riding on the wave of strong economic growth in India and parts of Southeast Asia. LPG is best known to consumers as propane or butane used in heating appliances and vehicles. But it is also used in the petrochemicals industry and the electricity sector, acting as a replacement for diesel in generators and power stations. While tumbling prices for oil, gas, coal and industrial metals have seen energy companies and miners slash capital expenditure, investment is flowing into the LPG sector to feed burgeoning demand from the world's poorer nations.

Britain's energy ministry on Friday approved the expansion of Dong Energy's Burbo Bank offshore wind farm in the Liverpool Bay of northwest England, paving the way for the Danish company to build on its leading position in the UK market. Britain's Secretary of State for Energy and Climate Change gave the green light to the project which will comprise up to 69 turbines totalling 250 megawatts (MW) in capacity, enough electricity for 170,000 homes. "Today's announcement is an important step in clearing the way for the company to make a final investment decision on Burbo Bank Extension," said Brent Cheshire, DONG Energy's UK chairman. Onshore construction on the project is expected to start in November…

Mexican conglomerate Alfa He is interested in participating in association with the state oil company Pemex Exploration Projects in fields on earth, aunque también hacerlo the rule in shallow waters, dijo el viernes el director de Energía the company, Raul Millares. Pemex announced last week that he will seek partners in three mature onshore fields that together contain 2P reserves (proven and probable) for about 250 million barrels of oil equivalent (MMboe). The state said it will too for extra heavy oil fields in shallow waters Ayatsil-Tekel-Utsil in the southern Gulf of Mexico, with 2P reserves of 747 MMboe. "We have more preference or vocation to be more exploration in land…

The world’s biggest tidal array is to be built in North Scotland bringing jobs and energy security to the Pentland Firth region, informs a UK Government news release. The Government has provided £10 million worth of grant funding to the Meygen project, which will provide enough electricity to power 175,000 homes and provide up to 100 jobs when fully completed. Other funders include the Scottish Government, and The Crown Estate. The £51m scheme could inspire further projects in the Pentland Firth - helping to provide clean… 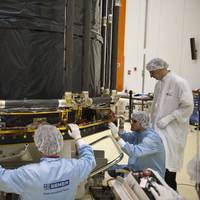 The SENER Engineering and Technology Group closed the 2013 financial year with an operating revenue of €1.218 billion, representing a growth of 7.6% on the previous year. The number of people working at SENER reached 5,570, an increase of 3.8%, and R&D investment was €71.7 million, representing 5.8% of the group's revenue. These figures position SENER as Spain's leading multidisciplinary engineering group in terms of R&D and the development of technologically-differentiated international projects.

The rapid expansion of renewable technologies is one of the few bright spots in an otherwise bleak assessment of global progress towards low-carbon energy, the International Energy Agency (IEA) said in an annual report to the Clean Energy Ministerial (CEM). “The drive to clean up the world’s energy system has stalled,” IEA Executive Director Maria van der Hoeven told the CEM, which brings together ministers representing countries responsible for four-fifths of global greenhouse-gas emissions. To illustrate this inertia, the report, Tracking Clean Energy Progress, introduces the Energy Sector Carbon Intensity Index (ESCII), which shows how much carbon dioxide is emitted, on average, to provide a given unit of energy.

Renewable power generation is expected to continue its rapid growth over the next five years, according to a new report from the International Energy Agency<http://www.iea.org/> (IEA) that acknowledges the coming-of-age of the renewable energy sector. The report says that despite economic uncertainties in many countries, global power generation from hydropower, solar, wind and other renewable sources is projected to increase by more than 40% to almost 6 400 terawatt hours (TWh) - or roughly one-and-a-half times current electricity production in the United States. The study, released, marks the first time the IEA has devoted a medium-term report to renewable power sources, a recognition of the dynamic and increasing role of renewable energy in the global power mix.

Norway  is  pursuing  ambitious,  forward-thinking  energy  policies,  but  could  go  further  in  its efforts to become a low-carbon economy, the International Energy Agency (IEA) has concluded in a review published today. Energy Policies  of  IEA Countries  - Norway  2011 Review  says  that  it will  be  challenging  for Norway  to meet  its 2020  target of  reducing greenhouse gas emissions by 30% compared with 1990  levels,  because  both  the  country’s  electricity  supply  and  its  energy  use  in  buildings  are already essentially carbon-free due to hydropower use.