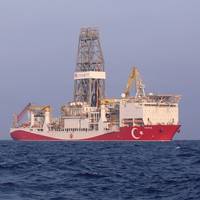 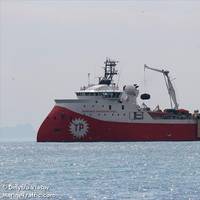 A Turkish energy exploration ship will continue to operate in the Mediterranean Sea, the energy minister said on Friday, after Ankara said the navy stopped a Greek frigate from harassing the ship due to territorial disputes.Turkey, Greece and Cyprus's internationally recognized Greek Cypriot government have long disputed their overlapping claims of jurisdiction for offshore oil and gas research in the Mediterranean."Turkish Petroleum's exploration ship will continue its activities in line with Turkey's rights," Energy Minister Fatih Donmez told reporters in the western coastal province of Izmi 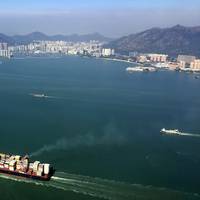 The Association of South East Asian Nations is hoping to expedite negotiations on a code of conduct with China for the South China Sea but it is not realistic to expect an agreement within a year, Singapore's defence minister said on Wednesday. China and the 10-member ASEAN bloc adopted a negotiating framework on the code for the disputed and busy waterway, largely controlled by China but also claimed by some ASEAN states, in August and have begun talks. "We hope it will be expedited but it's a very…

What Hurricanes Teach Us About Energy Security 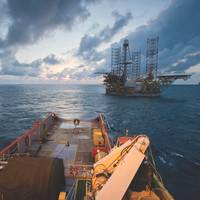 After a few years of relative calm, the 2017 hurricane season wreaked havoc in the Atlantic and the Gulf of Mexico, causing widespread damage and human suffering, and exposing the vulnerabilities and strengths of American energy security. As the flood waters from Hurricane Harvey receded and Gulf coast residents embarked on the arduous road to recovery, the offshore energy industry took stock and counted its losses and blessings. Offshore energy facilities faired remarkably well compared to onshore energy facilities, many of which suffered catastrophic damage from flood waters. 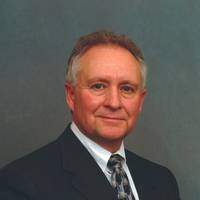 National Ocean Industries Association (NOIA) president Randall Luthi weighs in after the House Natural Resources Committee held a hearing on offshore development and introduced the Accessing Strategy Resources Offshore (ASTRO) Act. Today’s hearing was a slam dunk by the House Natural Resources Committee. Not only did the Committee bring in experts and stakeholders with their own unique offshore perspectives to the hearing, the Committee took a bold step in introducing the forward thinking ASTRO Act.

Foreign ministers of Southeast Asia and China adopted on Sunday a negotiating framework for a code of conduct in the South China Sea, a move they hailed as progress but seen by critics as tactic to buy China time to consolidate its maritime power. The framework seeks to advance a 2002 Declaration of Conduct (DOC) of Parties in the South China Sea, which has mostly been ignored by claimant states, particularly China, which has built seven manmade islands in disputed waters, three of which are equipped with runways, surface-to-air missiles and radars. All parties say the framework is only an outline for how the code will be established but critics say the failure to outline as an initial objective the need to make the code legally binding and enforceable… 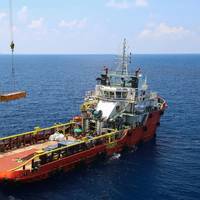 In 2009, the U.S. offshore marine sector received a long over-due indication that the U.S. Customs and Border Patrol (CBP) was preparing to close loopholes and enforce U.S. law in accordance with the Jones Act. This happened when the agency unhesitatingly issued its first revocation of more than 20 letter rulings that were inconsistent with the U.S. law of the land – the Jones Act. Almost immediately there was an outcry from foreign interests who claimed, untruthfully, that this… 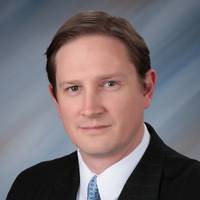 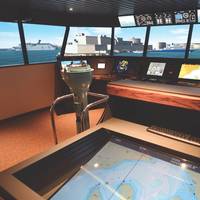 In South Florida sits MPT, one of the most prolific and progressive maritime training facilities. Already fully stocked, MPT added significant weight to its offering in 2016 with investment in 25,000 sq. ft. of new training space and technology. MPT handles more than 12,000 students a year from all segments of the maritime industry and from more than a dozen countries. With that range MPT has students from ship operators, tug companies, passenger vessels, offshore and energy exploration companies…

National Ocean Industries Association President Randall Luthi today issued the following statement on the Bureau of Ocean Energy Management’s denial of seismic survey permits for the Atlantic OCS. “In yet another ‘black Friday’ announcement targeting the offshore oil and natural gas industry, the Bureau of Ocean Energy Management’s (BOEM) blanket denial of seismic survey permits is an unsurprising attempt to put another nail in the coffin of sensible energy exploration in the Atlantic. 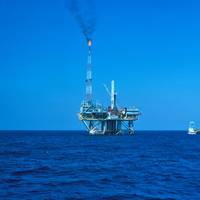 Some positive market indicators could presage an investment revival in the U.S. Gulf of Mexico – and beyond. The good news, reported by Bloomberg, is that in the third quarter of 2016, the largest oil companies increased cash from operations by nearly $26 billion. This reflects a 67 percent increase from the previous quarter and more than twice the amount of the first quarter of 2016. Exxon Mobil, Royal Dutch Shell, Chevron, Total and BP indicated that the increase was due to lower spending, increased output and rising crude prices, although the numbers were still below last year’s numbers. 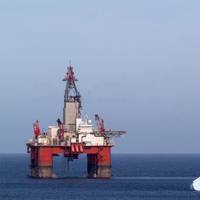 U.S. lawmakers on Wednesday slammed an agreement made with Canada to ban offshore Arctic drilling, saying Ottawa's plan to review its ban every five years gives Canada a leg up on energy exploration. U.S. President Barack Obama on Tuesday announced a ban on new oil and gas drilling federal waters in the Atlantic and Arctic Oceans, while Canada instituted a similar ban in its Arctic waters. Unlike the United States, where the ban is indefinite, Canada said it will review its restrictions every five years. 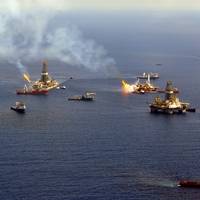 The U.S. government agency created after the 2010 Deepwater Horizon oil spill plans in coming weeks to unveil tougher financial requirements for offshore oil producers aimed at protecting taxpayers from the risk of cleaning up abandoned oil rigs, an agency executive told Reuters. Under the new guidelines, the Bureau of Ocean Energy Management (BOEM) will demand additional guarantees to cover producers' legal obligation to plug offshore wells and dismantle rigs in the Outer Continental Shelf once they have extracted oil and gas… 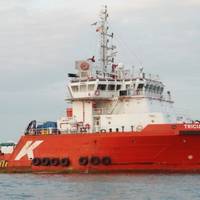 Maritime services provider Navig8 Group has agreed to buy shallow-water contractor RK Offshore Management. Singapore-headquartered Navig8 Group, the world's largest provider of maritime services, announced that it has entered into agreements to acquire Africa-focused RKOffshore Management (RKOM), a fully-integrated provider of marine services to the offshore energy industry. Completion of the acquisitions is subject to a number of conditions precedent which are expected to be satisfied on or before 30 April 2016.

NOIA President Randall Luthi issued the following statement on the Senate Energy and Natural Resources Committee’s passage of the OPENS Act, which will open new areas of the OCS to energy exploration and development, extend revenue sharing to participating coastal states, and lift the outdated ban on U.S. “The National Ocean Industries Association applauds the Senate Energy and Natural Resources Committee for passing the OPENS Act, which will strengthen America’s energy and national security, improve our national economy, and benefit consumers across the country. 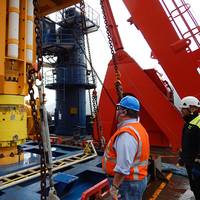 A divided federal appeals court rejected an effort by environmental groups to void a U.S. agency's approval of two oil spill response plans by Royal Dutch Shell Plc related to the company's oil leases in the Beaufort and Chukchi seas on Alaska's Arctic coast.   By a 2-1 vote, the 9th U.S. Circuit Court of Appeals on Thursday rejected a claim that the federal Bureau of Safety and Environmental Enforcement, which is part of the Department of the Interior, acted unlawfully in approving the plans, which relate to leases from 2005, 2007 and 2008.   Many environmental advocates oppose offshore energy exploration in the Arctic, on concern that any spill might prove difficult to clean up once production begins.     (Reporting by Jonathan Stempel in New York; Editing by Chizu Nomiyama)

Royal Dutch Shell Plc said it has filed a complaint in federal court in Alaska seeking an order to remove Greenpeace activists who climbed aboard an oil rig in the Pacific Ocean bound for the Arctic on Monday in a protest against Arctic drilling. The environmental group said in a statement its team would occupy the underside of the main deck of the Polar Pioneer, which is under contract to Shell, and plans to unfurl a banner with the names of millions of people opposed to Arctic drilling. The group said the activists would not interfere with the vessel's navigation. "We're here to highlight that in less than 100 days Shell is going to the Arctic to drill for oil," 32-year-old Johno Smith, one of the six to board the Blue Marlin, the ship carrying the rig, said in the statement.

Six Greenpeace activists boarded a Shell oil drilling ship in the middle of the Pacific Ocean and vowed to stay there to protest the company's plans to drill above the Arctic Circle, the environmental organization said. They boarded as the drill rig was transported across the Pacific Ocean toward Seattle, where it will be staged for drilling on Shell leases in Alaska waters. Royal Dutch Shell confirmed that the protesters "illegally boarded the Polar Pioneer" about 750 miles northwest of Hawaii on Monday morning. 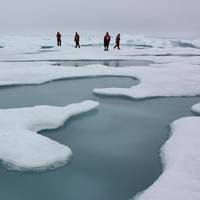 The U.S. Interior Department on Tuesday upheld a 2008 lease sale in the Chukchi Sea off Alaska, moving Royal Dutch Shell a step closer to returning to oil and gas exploration in the Arctic since it suffered mishaps in the region in 2012. "The Arctic is an important component of the Administration's national energy strategy, and we remain committed to taking a thoughtful and balanced approach to oil and gas leasing and exploration offshore Alaska," said Interior Secretary Sally Jewell.

China Rongsheng Heavy Industries (RSHI) has entered into a memorandum of understanding (MoU) with an undisclosed third party Chinese investor to sell its onshore shipbuilding and offshore engineering business. Both parties will further negotiate details of the deal, including the scope and list of related assets and liabilities, a stock filing of RSHI said. The MOU will remain in effect until 30 June and is likely to be extended by both parties. China Rongsheng, which is also involved in marine engine building…

National Ocean Industries Association (NOIA) President Randall Luthi issued a statement in response to the Obama Administration’s proposed Arctic Regulations on offshore oil and gas production, stating the U.S. must take steps to become a leader in Arctic Energy. "This long anticipated rule provides at least some certainty, consistency and reliability for offshore oil and gas production in the resource-rich Arctic region. Energy exploration is a highly regulated process with a 10-20-year lead time, but even the Administration’s own EIA recognizes that the majority of our energy in that time will still come from traditional sources like oil and natural gas. 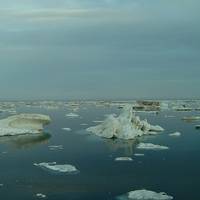 The Obama administration on Friday proposed standards on exploratory drilling for oil and gas in U.S. Arctic waters that would add costs for energy companies but aim to protect against catastrophic spills. The rules, proposed by the Department of Interior, require for the first time that energy companies have access to equipment to contain potential well blowouts, such as rigs that can drill so-called relief wells. The companies would also need to ensure quick access to capping stacks and containment domes while drilling in the Chukchi and Beaufort seas off Alaska.