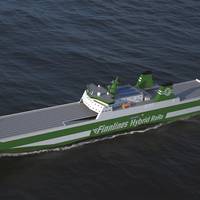 Finnish corporation Wärtsilä will supply its hybrid power conversion system for three new roro ferries being built at the Nanjing Jinling shipyard in China for Finnlines, part of the Italian Grimaldi Group. The order with Wärtsilä was placed in Q4 2019.The hybrid solution, which includes a 5000 kWh energy storage system, will enable these ships to operate with zero emissions while in port, and to meet the Registro Italiano Navale (RINA) Green Plus class notation. They will also… 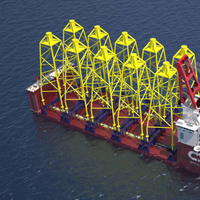 Kongsberg Maritime has secured a contract worth approximately $13 million to equip a new heavy lift crane vessel for Offshore Heavy Transport (OHT) with an innovative technology suite. The vessel, a customized Ulstein Design & Solutions BV design, marks the entry of the Norway-based Offshore Heavy Transport (OHT) into the offshore renewables and installation market. Options exist for a further three vessels, but the first is currently under construction by China Merchants Heavy Industry (CMHI) and is scheduled to enter service in 2021.The 216.3m… 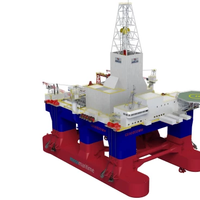 Kongsberg Maritime has been selected by global offshore and marine group Keppel Offshore & Marine to provide an extensive and integrated technology delivery for a new semi-submersible drilling rig ordered by UK-based drilling contractor Awilco Drilling PLC. The contract is valued at around $18 million. Based on the Moss Maritime CS60 ECO MW design, Awilco Drilling’s new rig is designed for harsh environment use, and will be equipped and certified for drilling on the Norwegian Continental Shelf… 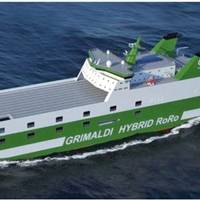 Kongsberg Maritime said it has been awarded contracts with Chinese shipbuilder Nanjing Jinling Shipyard Co. to deliver power and hybrid systems to nine Roll on – Roll off (Ro-Ro) vessels ordered by Grimaldi Group, Italy. The contracts are valued at more than NOK 400 million ($47 million) and include an option for three additional vessels increasing the total value to more than NOK 500 Million ($59 million).Due for delivery from 2020, the new vessels will be 238 meters long, with a beam of 34 meters and gross tonnage of 64,000 tons. 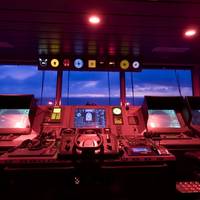 “Maritime has been described as ‘the next playground for hackers,’” said John Titmus, Director, EMEA - Cybersecurity Strategy Advisor at cyber security specialist CrowdStrike. “It’s an industry revolving around high value assets, moving valuable cargoes, that is transitioning to an increased reliance on digital systems. CrowdStrike, alongside the American Bureau of Shipping (ABS), will appear at Nor-Shipping in Oslo to highlight the scale of the risks facing an increasingly digitized shipping industry. 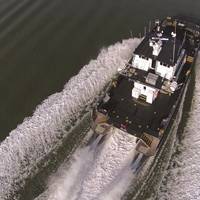 The marine industry is now recognizing the potential of utilizing hybrid power and innovative propulsion systems. Certain maritime sectors are potentially well suited to hybrid systems. These include ferries, pilot boats and workboats that have relatively consistent duty cycles. For military applications, hybrid systems are relevant for patrol, intercept and autonomous vessel duties. Submarines have utilized batteries and stored energy for many years. Diesel/electric systems have long been in use, but these are not hybrid systems. 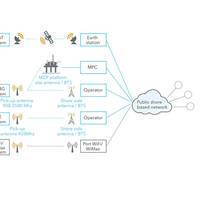 Global shipping and offshore oil and gas operations are increasingly dependent on integrated networks, based on various software and data transfer solutions. Systems and equipment onboard are interconnected, monitored and controlled through an onboard automation network. Onboard systems are increasingly also connected ashore to the owners’ or technology providers’ control centers. Equipment manufacturers want to remotely upgrade the software of their systems and monitor their use to be able to optimize operations and to scheduled needed maintenance service.

Abu Dhabi's ADNATCO & NGSCO, the shipping arm of ADNOC and its group of companies, has signed an MOU with Marorka, incorporated and registered in Iceland, a leading company in marine energy management, to supply and install ship performance monitoring systems for the ADNATCO & NGSCO fleet. The agreement was signed by Dr. Ali Obaid Al-Yabhouni, CEO of ADNATCO & NGSCO, and by Ole Skatka Jensen, CEO of Marorka, on the side lines of ADIPEC 2015 at the Abu Dhabi National Exhibition Centre.

The Hour of Power 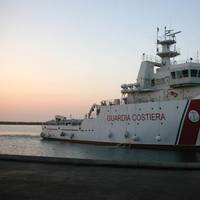 In 2015 two significant developments are going to make many operators, owners and builders of professional vessels consider hybrid marine power. First, the new emissions laws in ports and second, there is now an incentive for high technology manufacturers to invest in developing highly efficient batteries. Hybrid is ‘here and now’ technology that is being utilized by many industries around the world. The marine industry is now recognizng the potential of utilizing hybrid power and innovative propulsion systems for vessels in the sub IMO / sub 24 meter (80 feet) professional sector. 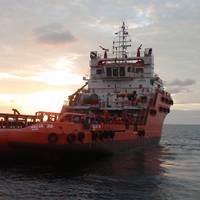 Last month Maritime Reporter spent some time with Vivek Seth, CEO, of Qatar-based Halul Offshore  Services Company, for his insights on the impact of low oil prices in the Middle East and beyond. What is your background? I became part of the Milaha family when I joined Halul Offshore in February 2014 as CEO. I am a second generation Marine Engineer. After sailing as a C/E I took my first shore job as Technical superintendent in Hong Kong for more than two years. Subsequently, I got my Masters in Business Administration from UK. 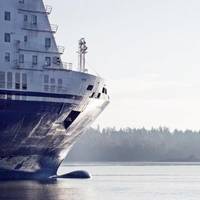 With many ship owners switching to marine gas oil (MGO) inside designated Emission Control Areas (ECAs) as of January 1, 2015, the cost of fuel could rise by up to 50%, so all measures to reduce fuel consumption are vital. Research and field testing has shown that the latest developments in engine lubrication and unique marine energy management systems can add more than a 15% improvement in fuel efficiency, proving that even the smallest modification at the right time can add up to big savings. 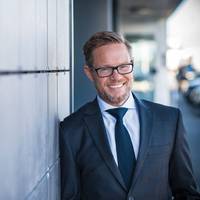 As Ole Skatka Jensen settles into the CEO suite at Marorka, Maritime Reporter & Engineering News catches up with the industry veteran to discuss the future direction of this provider of online shipboard energy management systems. What attracted you to the top spot at Marorka? I have always be attracted to new technologies and being part of MDT development over the almost last 20 years gave me a great opportunity to be in the forefront of new technology development. Marorka has been developing Marorka energy management solutions for the last 12 years… 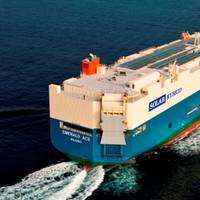 Ship operators cannot control energy prices, government policies or the global economy, but they can improve the way they manage energy onboard their vessels. Slow steaming, efficient route planning, careful bunkering operations – all combine to reduce both energy cost and consumption. An increasing number of organizations in the shipping industry are committing to ISO 50001, the energy efficiency standard applied to organizations in industries around the world. In recognition of this Videotel is supporting the industry with its new ISO 50001 Energy Management Training Course. 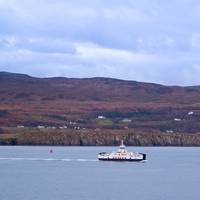 When Imtech Marine was asked to supply a hybrid propulsion system to the first ever diesel electric, hybrid seagoing ferries to the Scottish state-owned ferry operator, Caledonian Maritime Assets Ltd. (CMAL) in 2011, fuel savings of around 20% were expected, the company said. Following extensive trials Imtech Marine announced that the actual fuel savings with the innovative hybrid system - consisting of diesel electric in combination with battery technology - were up to 38%. CMAL operates 30 ferries on the west coast of Scotland to 18 islands. 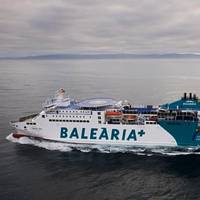 Power and automation technology group ABB informs it has won an order from Spanish ferry operator Baleària to supply energy management systems for one of its largest vessels. It is expected that the system will improve vessel’s fuel efficiency over 2 per cent. ABB’s advisory software will be installed onboard the ferry Martin i Soler, with an option to extend the project to two further vessels in the Baleària fleet. ABB explain that Baleària operates ferries connecting the four Balearic Islands to mainland Spain, as well as providing daily inter-island sailings. 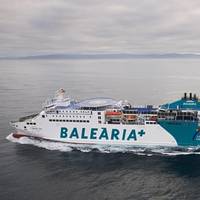 Power and automation technology group ABB has won an order from Spanish ferry operator Baleària to supply energy management systems for one of its largest vessels. ABB’s advisory software will be installed onboard the ferry Martin i Soler, with an option to extend the project to two further vessels in the Baleària fleet. The package supplied is part of ABB’s energy management solution package EMMA Advisory Suite of software. The EMMA Advisory Suite is a decision-support tool to minimize the overall energy costs for individual vessels and entire fleets. 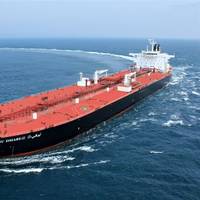 Unique System FZE, a Unique Maritime Group company and an integrated turnkey subsea and offshore solution providers, was contracted by ADNATCO-NGSCO to deliver ship performance monitoring solutions that will help to optimize vessel performance and subsequently aim to reduce fuel consumption and carbon emissions. The entire project will be carried out by Unique System FZE, acting as agents for the Iceland based energy management company Marorka ehf. Commissioning and technical… 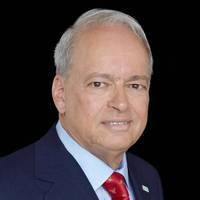 SHIPPINGInsight Fleet Optimization Conference kicks off as Maitland weighs in on how best to profitably operate a ship. Here we are, early in the morning, before the coffee has kicked in, and I am tasked with a “keynote speech”. You, in turn, have the job of being suitably inspired by my words of wisdom. So, here is my theme, for the next two days:  we are out to define how to profitably operate a ship. The system, and how to select it, are a big part of the decision. The late Peter Drucker was a famous management guru, who exercised a powerful influence during much of the 20th century.